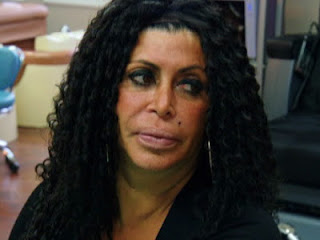 Tonight's episode of Mob Wives began with Big Ang, Drita and Carla meeting at the nail salon where Ang tells Carla that Renee has moved around the corner from where Carla lives. Big Ang also tells Carla and Drita that Renee is going to rehab for a month. Drita says that she didn't realize that Renee needed to go to rehab therapy but, she supports her no matter what. Carla on the other hand thinks that maybe rehab will teach Renee how to shut the f**ck up and stop barking at her with things. During this scene you could tell that comment annoyed Ang which is probably why Ang had no problem telling  it like it is and (basically) putting Carla in her place. Ang told Carla that she seems to be the one doing all the barking lately with Renee. Carla points out that as long as rehab can teach Renee how to not to talk about her when she comes home, then she can be cool with her. 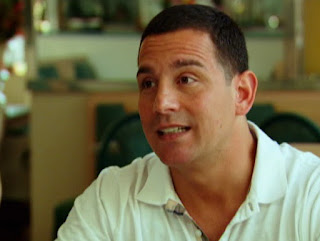 Joe meets with a lawyer to talk about divorcing Carla. He explains to his lawyer that his relationship with Carla goes up and down. He thinks that Carla's going to throw the divorce papers away and not sign them. 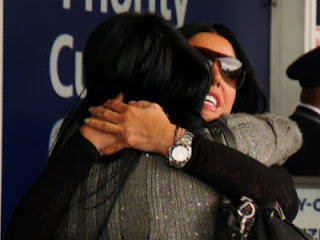 Ramona, Karen, and AJ's girlfriend Sydney (cutest couple ever by the way) take AJ and Renee to the airport so that he can drop his Mom off at rehab in Florida. Before they even take them to the airport Renee is already flipping out because Karen and Ramona are late picking them up and she's afraid that she and AJ will miss their flight. AJ tries his best to calm his mom's nerves. I gotta say that these two have such a great relationship with each other. They might get on each other's nerves from time to time but it happens. When Karen and Ramona finally arrive to pick them up Ramona said that Renee needs to take a chill pill then jokes well maybe not a pill (my favorite line in this scene it was so funny). Karen says that she's so proud of Renee for admitting that she has a problem and is wanting to get help.

Love goes to Karen's where she tells Love about her ex Dave having a girlfriend and how she found out about it from her daughter Karina. Love then starts telling us the story about how she met, fell in love and then shot at (the bullets never hit him they just went around him) her ex fiance Ray Merolle. Love tells us that he is currently in an AZ. prison and that he now has two kids from two different women who he donated his sperm to and never told her about. Karen is shocked when Love tells her this and she can't see how someone can decide to father two women's kids without telling their ex fiance about it. Love had hoped that they would get back together and have kids of their own one day once he gets out of prison. 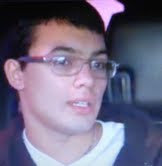 On the way to rehab in Florida, AJ has a conversation with his mom about how he wants her to handle being in rehab for 28 days. She tells him that this is one of the hardest things she's done. She says that she knows how much she's hurt him by taking pills. Renee also tells him that when she sees him hurting from what his Dad Junior did last year, it hurts her too. AJ tells his mom that she has to find that one thing that makes her happy. AJ admits to his mom that everything that happened with his dad cooperating last year did affect him but, that didn't make him want to take pills like his mom did to get through it. He said that he just got through it on his own without that. AJ also tells his mom that if she can see that he's fine and got through it then she can too. AJ tells his mom that he wants her to "hit a home run" in rehab and come out good. Watching this scene you could tell that it was hard for AJ to drop off his Mom at rehab. Renee really did a good job raising such a great son. Nothing seems to get this guy down, it's amazing.

When the show aired AJ tweeted to his fans how much he loves his Mom for going to rehab and getting better for him. Renee replied to him saying she'd die before breaking his heart again. 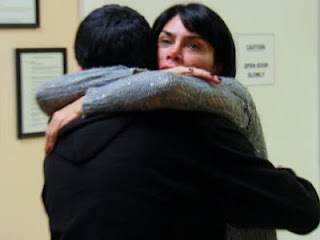 When Renee checks into rehab she says goodbye to AJ and begins to meet with various doctors and therapists where she goes through the intake process of everything that she takes and goes through her medical history. Renee also meets with a therapist to talk about her past trauma and her addiction issues. 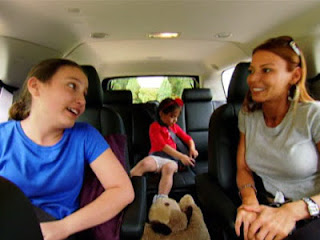 Drita makes the long trip with her daughters to bumble f**k PA to see Lee in jail. I always thought PA. was a nice place to visit, but when I saw how long it took Drita and her girls to travel from a plane to Buffalo, NY to another five hours to PA to the prison I can definitely understand why it could be called bumble f**k PA. Drita says that she has mixed feelings about seeing Lee. This is the first time that she has seen Lee in two years so she is half excited to see him, but half not excited to see him because she remembers all the hurt and anger he caused her when he cheated on her. Her daughters were excited to see him which makes her happy. 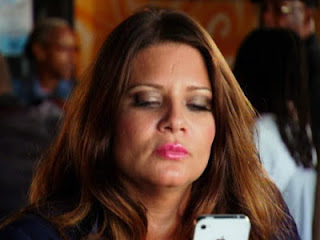 Karen meets with Ramona to talk about the text message that her daughter sent her about not wanting to live with Karen in NY and how she doesn't want her to get involved with her dad Dave dating his girlfriend. Karina feels like she finally has a good relationship with her dad and she doesn't want Karen to ruin it by asking her dad about his new girlfriend because Karina likes her dad's girlfriend. Karen is so confused and doesn't know how to handle the situation with the text message. Karen doesn't want to put Karina in the middle of her issue with Dave having a girlfriend. 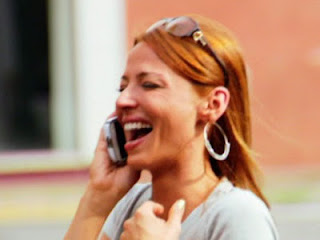 Drita calls Big Ang to tell her how her visit with Lee went with her girls. She said that they got to spend five hours with Lee and that her daughters loved spending time with him. Drita says that she spent most of the time crying and not speaking to Lee because all of her feelings came back for him. She says that now she's all f**ked up because of it and she doesn't know what to do about Lee. 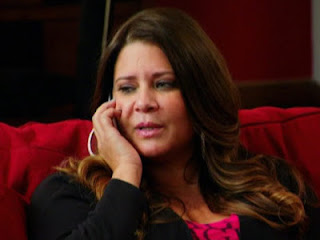 Karen calls to confront Dave about his new girlfriend. When Dave tells Karen that he's been working out she asks what has he been working out on, f**king other girls (ouch!). Then Dave admits that he has a girlfriend, but that he doesn't have to explain himself to her. Dave then tells her that she needs to stop being insecure and that its no big deal. Karen tells Dave how mad she is that she had to find out from their daughter and then she hangs up on him. 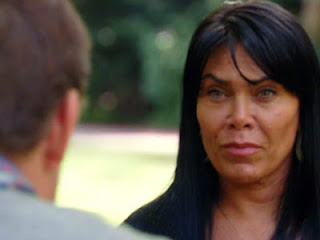 During group in rehab Renee shares with the group about her issue with Carla and how she feels about her. Then the group puts her in the hot seat and lets her know that she's got to let it go with Carla because it makes her angry. She agrees with what the group tells her and she feels like she shouldn't be focusing on Carla and how angry she makes her but instead focus on herself and things that make her happy. Even though this was filmed months ago, I think that Renee's come along way in her recovery. I think that tonight's episode really hit home for a lot of people who are in Renee and AJ's situation. They're teaching others how to handle their issues and if they can't do it on their own then don't be afraid to ask for help. The next episode which airs Feb. 10th is titled "The Gathering Storm" where the girls prepare for an unwelcome visit form hurricane Sandy. You don't want to miss this episode. Watch it at 10 pm on VH1.
Labels: AJ Graziano, Big Ang, Carla Facciolo, Drita Davanzo, Karen Gravano, Love Majewski, Mob Wives, Ramona Rizzo, Renee Graziano