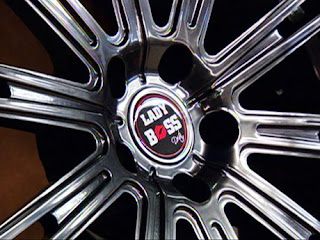 Tonight's Mob Wives titled "Time and Punishment" consisted of a diamond ring, furs, cars and Lady Boss rims all wrapped into one. I gotta hand it to Jenn Graziano and the girls doing their thing in this episode. It was another one of those really good episodes not to be missed. 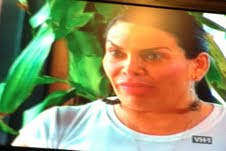 The show starts off with Renee and Drita meeting up for lunch. Drita fills Renee in on some news. She tells Renee about that she has a new boyfriend (her husband Lee) and his last wife was psychopath. Renee jokes that she's heard about Drita's boyfriend's wife, but she's happy for them. Drita says that she and Lee have made amends and that she got back with Lee because she doesn't want to have regret for not trying to make it work. Renee tells Drita that she told her dad about her addiction and that she couldn't keep it a secret from him anymore. Renee says that her dad was a little worried about it, but that he just wants her to stay on track with staying clean and sober. Renee tells Drita that she has felt that she's wanted to use again and that scares her. Renee says that the best thing for her to do is to remind herself that she is a recovering addict and no one will take her out of that.

Carla goes to visit Ang at her bar. Ang tells Carla that she's having a Christmas party and she's inviting everyone including her, Renee, and Love. Carla says that as long as Renee doesn't try to start a fight with her and sits in a corner somewhere, then she won't have an issue with her. 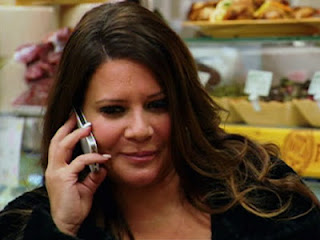 Love and Karen go food shopping and she tells her that Karen tells her that she's going to Arizona to talk to Dave about him dating his new girlfriend and tell him how she feels about them. Love jokes that if she was Karen she would buy a shovel for Dave. Karen gets a call from her business partner Storm where he asks her out to dinner. Love tries to tell her that its a date. but Karen thinks it's just a business dinner. 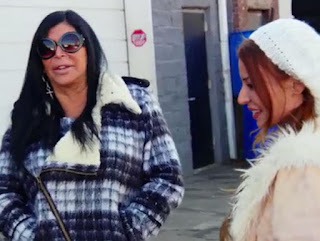 Big Ang and Drita go to get Drita new rims on her new car. Drita didn't get just any kind of rims. She got Lady Boss rims. Drita tells Ang that she wants to help Lee get back on his feet again and buy him a car now that he's out of jail. Drita also tells Ang that she's replacing one of her breast implants. She jokes that getting new breasts implants is like rotating tires on a car. Ang thinks that Drita's gonna get pregnant soon now that Lee's out of jail. Drita says that there is no sex life between her and Lee right now because he's in a halfway house and he has to go to work and go there. Drita says that one of Lee's friends got him a job at a funeral home. Drita says she's happy that he works there because at least she knows that he won't beat up anyone there because everyone there is dead. Best one liner of Drita by far. Ang jokes that Drita should have sex with him at his job. Ang says she thinks Drita should have sex with Lee everywhere. Ang even says that she's had sex in airplane bathrooms (small, tight and cozy). Leave it to Ang to keep us laughing. 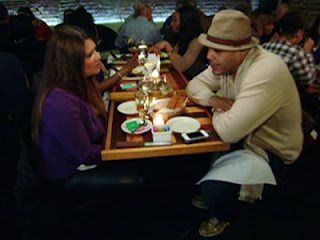 Karen goes on a her dinner date with her business partner Storm. Karen asks Storm if the dinner is considered business or pleasure and he says both. Karen says that a person that grinds together shine together. These two seem to really like each other and have a lot in common. 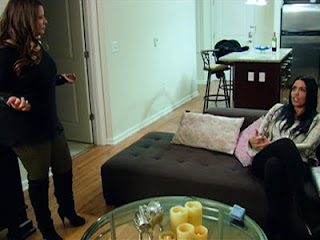 Ramona goes to pick up her engagement ring that Joe bought for her before he got arrested. On her way home from the bank, Ramona calls and invites Karen over so that she can tell her that she's engaged. Ramona explains that Joe's trying to get bail for a week so that they can get married. Karen isn't that happy about it. Karen feels that Ramona hasn't come to terms with Joe going to jail for a long time. Karen says that Ramona's fiery tale became a nightmare when the feds came and took her prince charming. Karen wants Ramona to realize what she's signing up for when she's marrying Joe. Karen says that she knows what her mom went through with her dad when he went away and she doesn't want Ramona to have to go through the same thing because it's going to be hard for her. 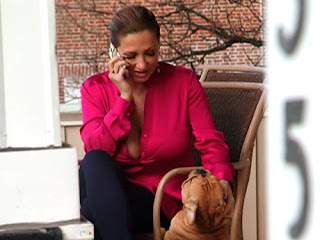 Love gets a call from her ex boyfriend Fate who lives in Vegas. I know Love's said she's been engaged six times, but I think Fate would be the third guy she's introduced us to this season. Love says that its always hard to be with Fate because its not in the cards for her to move to Vegas to be with him. Love says that Fate knows about her being engaged a few times. Loves jokes that guys would have to an archaeological dig to get to her vayjay. Love and her one liners always keeps me laughing. All I gotta say about this guy is Fate + Love = Hope and possibilities. 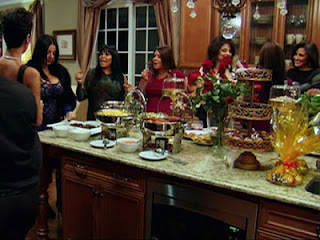 Ramona's friend has a fur party and invites her, Karen, Renee and Big Ang to come. Ramona says that she wants to announce her engagement to them at the party. When Ramona over hears Renee talking about men and loyalty, Renee says that she believes that women does more for the men and she brings up when she was with someone who was incarcerated she chose to stay. Karen tries to ask Renee why she decided to stay in the relationship and Ramona cuts her off. Renee says that Ramona has to stay loyal to herself and do what's best for her and her kids. Ramona feels that Karen told Renee about her engagement to Joe and that's why Renee's bringing up the conversation about men and loyalty at the party. Renee and Big Ang are both caught off guard and don't understand why Karen and Ramona are arguing about it. Ramona tells them that she's engaged and Renee's happy for her. 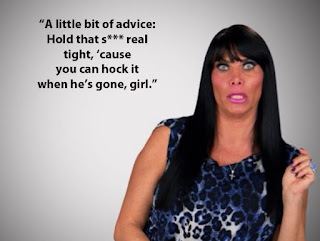 Renee feels that if Ramona's happy with Joe under these circumstances then she should get marred. Big Ang says that Karen has a point ans thinks that Ramona shouldn't get married to Joe right now until his case is over and they know how much time he's doing. Big Ang thinks that Ramona should just say engaged to him. Karen feels that if Ramona really wants to go through with the wedding then she will support her with it. Renee's advice for Ramona is to hold on tight to the ring cause she can hock it when he's gone. 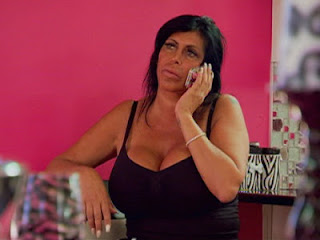 The day of Big Ang's Christmas party arrives and Renee calls to tell her that she's decided that she's not going to come because Carla's going to be there. Renee feels that since she's in recovery she has to take her out of other things that bring her negativity. Renee still feels that Carla really hurt her when she called her a junkie and she's trying to get rid of the drama in her life. Love calls Big Ang to tell her that she's not coming to the party because she has the flu. Ang tells Love to get over it and that she thought she was having a heart attack the other day and went to get a EKG and she was fine. Ang says to take a shot of whisky and make it happen. Don't forget to watch an all new episode of Mob Wives titled "Mama Drama" next Sunday at 10 pm on vh1.
Labels: Big Ang, Carla Facciolo, Drita Davanzo, Karen Gravano, Love Majewski, Mob Wives, Ramona Rizzo, Renee Graziano