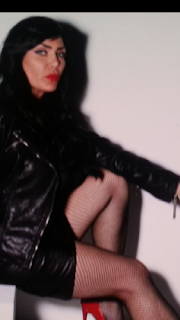 There's been so much buzz about the new season of Mob Wives scheduled to air Dec 5th on VH1. A few weeks ago VH1 released a short video teaser of season 4 titled New Blood Who's In? Who's Out? that left fans wanting to see than just wine glasses clicking together and splashing everywhere. A few days later, a photo below of the season 4 cast was released on VH1's site that left fans with so many questions. What's NEW BLOOD mean? Where's Carla, Karen and Ramona? Who are the two new girls? 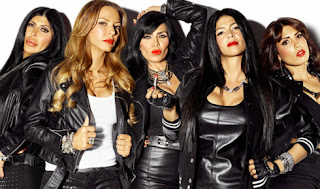 Renee Graziano reached out to me on twitter and wanted to me to do an interview with her about season 4 of Mob Wives for the mob wives sit down blog. I always love talking to Renee. She is always so much fun to talk to. She's one of those people who tells it like it is no matter what. She speaks the TRUTH 100% whether you want to hear it or not and I love that about her. When fans last saw Renee in season 3 of Mob Wives, her house had been robbed, she had received a disturbing letter from her ex husband Junior from an unknown address. Not knowing where the letter came from or if Junior was out of jail (and fearful for her life), Renee made the decision to move into a new house with her son AJ to start a new beginning for the both of them. As if making one move wasn't already a good thing for her to do Renee made another BIG move, but it turned out to be another good decision that she made for herself. She decided to go to rehab and get clean and sober from taking prescription pain pills. Once she completed her rehab in Florida, Renee came back to the island a brand new woman ready to develop her own shoe line called Mob Candy. By the end of the season her baby boy AJ (who was with her all along the way to support her through her journey) made the decision that all moms out there hate to see happen for their kids which was to leave the nest and move not just out of her house but out of the state and down to Florida. The interview that Renee gave me (seen below) was in true RENEE fashion, REAL and straight to the point.

Can you tell us anything about what's to come on season 4 of Mob Wives?

What I can tell you about season 4 is it def won't be boring...Lots of Bullshit n Dirt flying just hope one of the new girls don't end up with it on their face

For some of us die hard Mob Wives fans a lot of us want to know what "NEW BLOOD" means for this season?

New Blood...Its more like Bad Blood if you ask my opinion lol.

All I will say about the girls that aren't returning is its a shame but there's no love loss I'm sure BUT I DO MISS KAREN LOTS at least she was ALWAYS LOYAL TO ME...

What can we expect to see from you and/or AJ this season?

As for me and AJ- we are back at being the awesome mother and son team!! He's my buddy and I love him as a mother loves her child but also as a best friend.

Anything else you want to tell us about season 4 of Mob Wives?

Season 4 hasn't been easy for me and although there are times I would like to walk away from it all because of all the drama and bullshit I do it because I'm not a quitter and there are things people can learn from my experiences.

Thanks again Renee for doing this interview. You're the first person that I've done an interview with for this blog. This is so cool!!!

Be sure to check back with the mob wives sit down blog for all the latest news about the mob wives. Mob Wives season 4 airs Dec 5th on VH1 at 10 pm.
Labels: AJ Graziano, Mob Wives, Renee Graziano