Tonight's episode of Mob Wives was so crazy. Renee meets up with Karen at the studio where they talk about the rooftop party from the last episode. Renee  tells Karen that she never would have thought that her friends of over 25 yrs would walk right past her at the rooftop. Karen explains that Natalie is a cop caller because she threatened her boyfriend Storm when  he saw her and London in a night club. 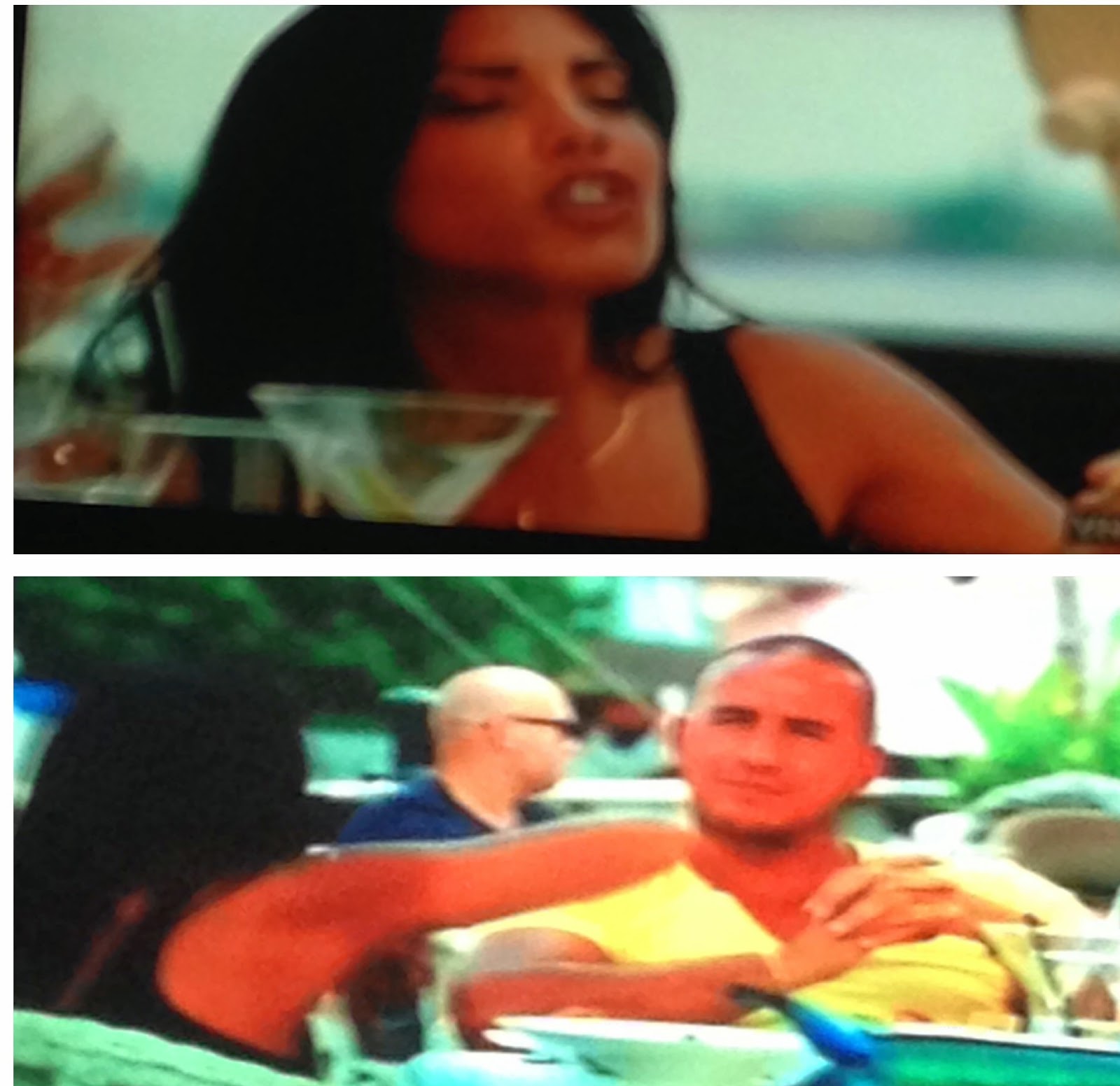 Natalie explains to London that she doesn't hang out with rats like Karen. Natalie feels like Karen's boyfriend Storm threatened her and London in a nightclub. London says that he and Storm worked things out and that they're good. London tells Natalie that he just wants her to be peaceful with Karen. Natalie says that London should have her back because Storm was the one who came up to them at the nightclub and threatened them. 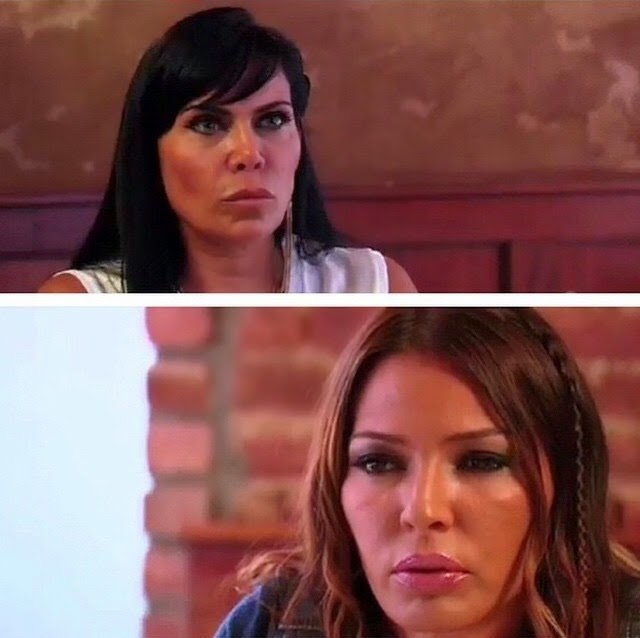 When Drita and Renee meet up at lunch, they get right down to business. Drita tells Renee if she called Drita a rat then she's gonna crack her head open. Renee tells Drita that never happened. Renee says that nothing Natalie says is true. Renee explains  to Drita that she only told Natalie what Lee got in trouble for nothing else. Drita says that's totally different than what Natalie told her and that she believes Renee. Renee admits she was wrong for putting Lee in her mouth. Renee tells Drita that Natalie threatened Karen's boyfriend at a club and that she's a cop caller. YEAH, YEAH, YEAH, YEAH, YEAH. Can Natalie be this crazy? Um...moment of silence please.....YES she can be this crazy Drita. Renee explains that Natalie needs Drita on her side because she doesn't have her on her side. Natalie needed Renee on her side when she was having a problem with Drita last year. Now she needs Drita and Ang on her side because she's having problems with Renee. Renee also explains that Natalie is trying to turn Drita and Ang against her. They decide to work things out and Drita suggests that Renee and Natalie should try to work it too. Renee says that's never happening. 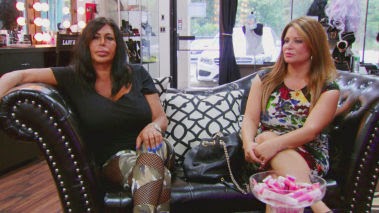 Ang & Karen go to visit Drita at her Lady Boss store. Ang tells Karen & Drita that shes having a 7 years anniversary party at the Drunken Monkey and that she wants everyone and their significant others to come. Everyone but Renee that is. Drita asks Karen if she's going to be okay with Natalie's boyfriend London being there if she goes. Karen explains that she and Natalie have been having a twitter war lately and explains that Natalie attacked her family on twitter to her. After Karen shows Ang & Drita the twitter conversation between Natalie and herself, she explains how her boyfriend Storm ran into London one night while they were out at a night club. Karen says that Storm gives London a warning and says that he will back Karen up just like London will back up Natalie. Karen says that after that exchange she finds out that Natalie wants to get an order of protection against her. Karen also explains that Natalie's a cop caller. Drita says that she can't be around a cop caller because she's usually the one who punches people in the face. Karen says that Drita and Ang don't know where this girl comes from whereas they've known Karen for years and everything about her. If you stay with trash then you become trash.

Drita meets up with Natalie to tell her that she met up with Renee and that Renee told her that Natalie has a motive to get Drita to turn against her. Natalie says that she doesn't have a motive. Drita says she doesn't know who to believe and that everyone sounds like they're ratting themselves out. Drita also tells Natalie that Karen told her that she's a cop caller. Drita explains that Karen told her the story that happened between Storm and London. Natalie tells Drita that's not true and that it was Storm who approached her and London and that he threatened them. Drita suggests that they talk it out at Ang's party at the Drunken Monkey. Drita tells Natalie that she and Karen should leave families out of it. 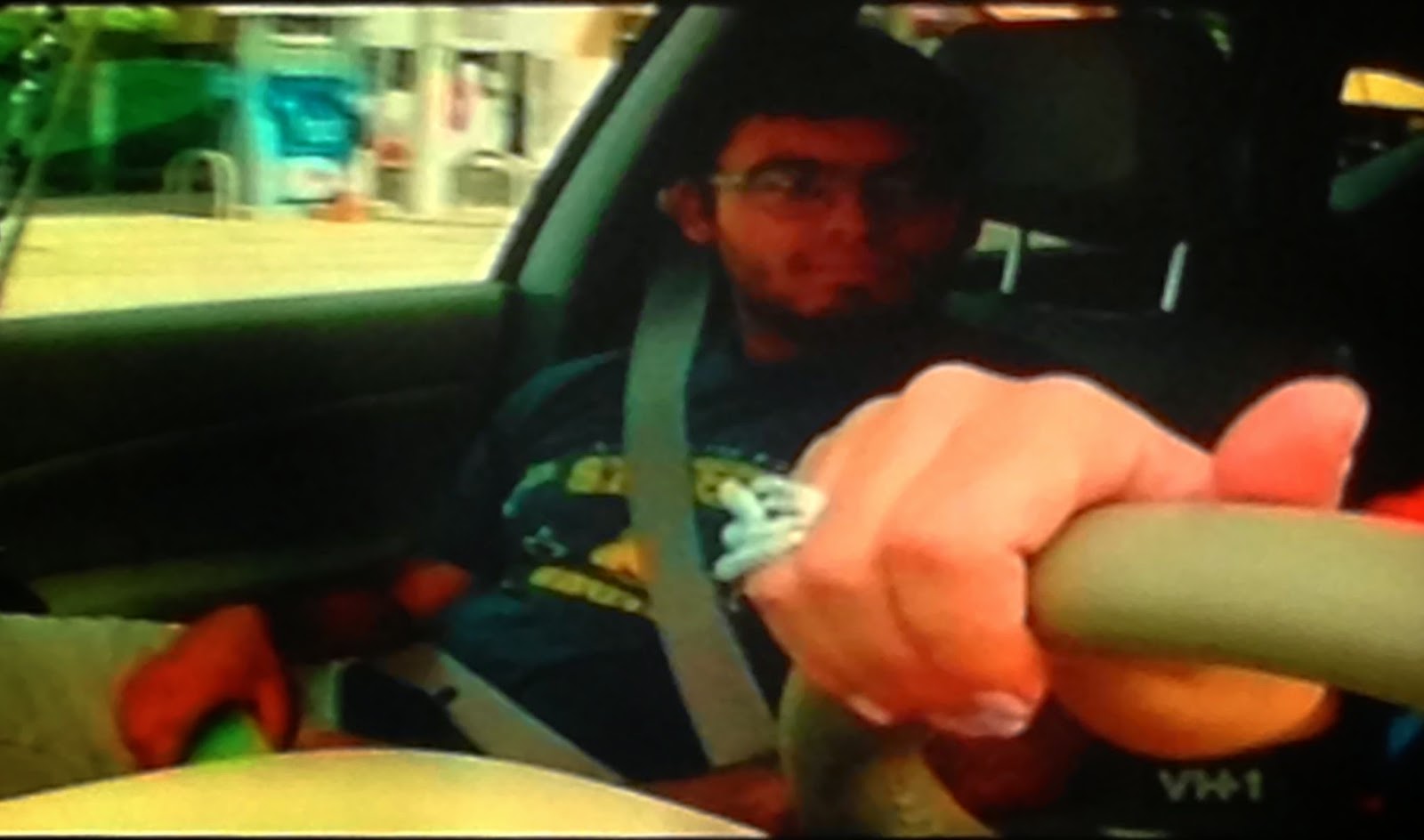 When Renee goes to pick up AJ from his girlfriend's she tells him what she found out at the DMV. AJ apologizes to his mom for keeping the tickets and his license being suspended from her. Renee tells him that his situation living with her isn't working out anymore and that he needs to live with his grand father (her dad) so that he can have a man guide him on the straight and narrow path.

When Karen meets up with her boyfriend Storm she fills him in on what she's heard about Natalie threatening him and how she's a cop caller. Storm says that if he had a problem with London that night at the club then they wouldn't have exchanged numbers that night. Karen tells Storm that they've been invited to Ang's anniversary party at the Drunken Monkey. Storm assures her that everything will be fine between them and Natalie & London. Storm also tells her that if things get outta hand he has bail money for her. 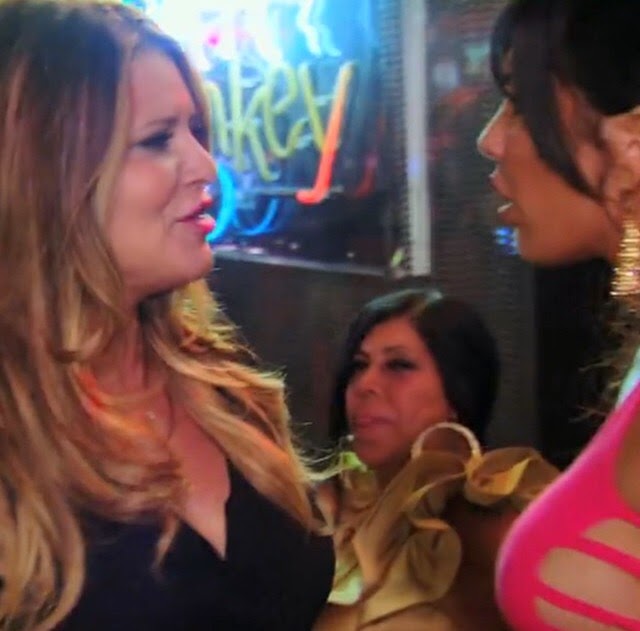 At the Drunken Monkey anniversary party Ang tries to tell Natalie not to listen to what other people say and that she should just talk it out with Karen. Natalie tells Ang that Karen's a rat, but Ang tries to tell her not to bring up Karen's family when she talks to her. Natalie doesn't listen and calls Karen a rat again. Ang tries to explain to Natalie that Karen has nothing to do with what her dad is. Ang says that you can't blame the child for what their parents did. When Drita gets to the party Ang explains to her that she's trying to tell Natalie not to bring up Karen's family but she does it again. Drita tells her to leave families out of it. When Karen gets there with Storm, Storm and London talk it out and agree that there's no beef between them. Drita is confused by this because Natalie told her that Storm threatened her. Natalie gets upset with London when she sees him talking with Storm and shaking hands. When Natalie tries to go up to Storm, Drita pulls her back and tells her not to go up to him. Drita explains that you should never go up to a man like a man or else you're gonna get treated like one. Drita suggests that Natalie should go talk to Karen and find out why Storm and London are on good terms. Karen decides to go outside and see what's going on between Drita and Natalie and Ang. The fight between Karen and Natalie begins and gets cut off until next week's episode. Be sure to check back on our blog for the latest news on the Mob Wives. Tune in next week for part 2 of Karen & Natalie's fight at 9 PM only on vh1. Also don't miss Victoria Gotti's guest spot appearance on the show next week.
Labels: AJ Graziano, Big Ang, Drita Davanzo, Karen Gravano, Mob Wives, Natalie Guercio, Renee Graziano