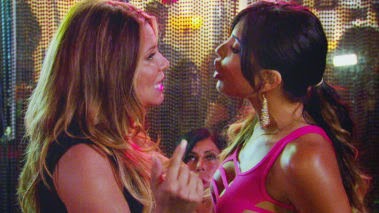 Tonight's episode of Mob Wives picked up right where Karen and Natalie Guercio's fight left off from episode 2 last week. When Guercio brings up Karen's family and starts calling her an informant, things get ugly to a point where security jumps in between them. London grabs Guercio aside and they drive off. Meanwhile, Storm comes outside and walks back into the bar with Karen telling her that Guercio is drunk and  that everything she's trying to argue with Karen about her man just admitted to so she's just trying to cause problems for no reason 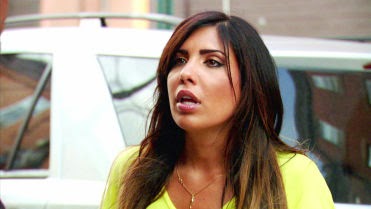 London stops by Guercio's house to talk about what happened between them at Ang's party. Guercio feels like London should have had her back when it came to him and Storm. Guercio tells London that she wants him to man up and be on her side.

Karen meets up with Renee to fill her in on what happened between her and Guercio at Ang's party at the Drunken Monkey. Karen says that London is extremely nice & admitted that Guercio is a cop caller basically. Renee says that Drita & Ang made a mistake for letting Guercio in their circle. Renee says that she needs to meet up with Ang to solve their issues. Renee wants to know where Ang's loyalty lies. Renee doesn't want Ang to bring up Guercio's name to her or try to defend her because if she does then their friendship is over. 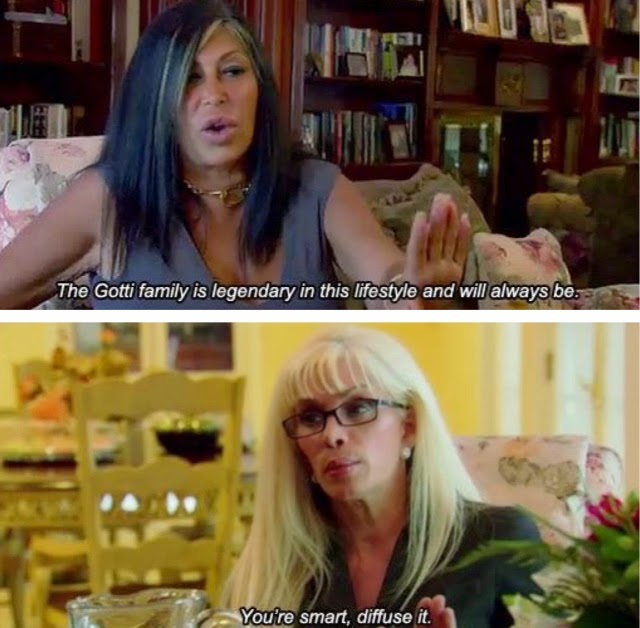 With all the drama with all of the girls, Ang decides to seek outside advice from the bosses of all bosses, Victoria Gotti (John Gotti's daughter). After Ang explains her family history with the Gotti family and how long she's known them, she asks for Victoria's input on how she should handle her issues with everyone. Victoria explains that usually there's one personality in the circle that drums it up. That's when Ang explains how she thinks it's Guercio who's causing all the problems amongst the women. Victoria thinks Guercio has a strong personality & she thinks Ang should diffuse it.Then Ang explains how Guercio isn't the only one who is causing problems. She then explains how Renee's been causing problems too. Victoria says that family is off limits. Victoria explains that in her circle, people act the way she lets them act. Ang and Victoria believe that they should be building each other up instead of tearing each other down. Victoria advises Ang to set boundaries between the women. Keep families out of it. If they get on the "do me wrong" list, then they should watch their back. 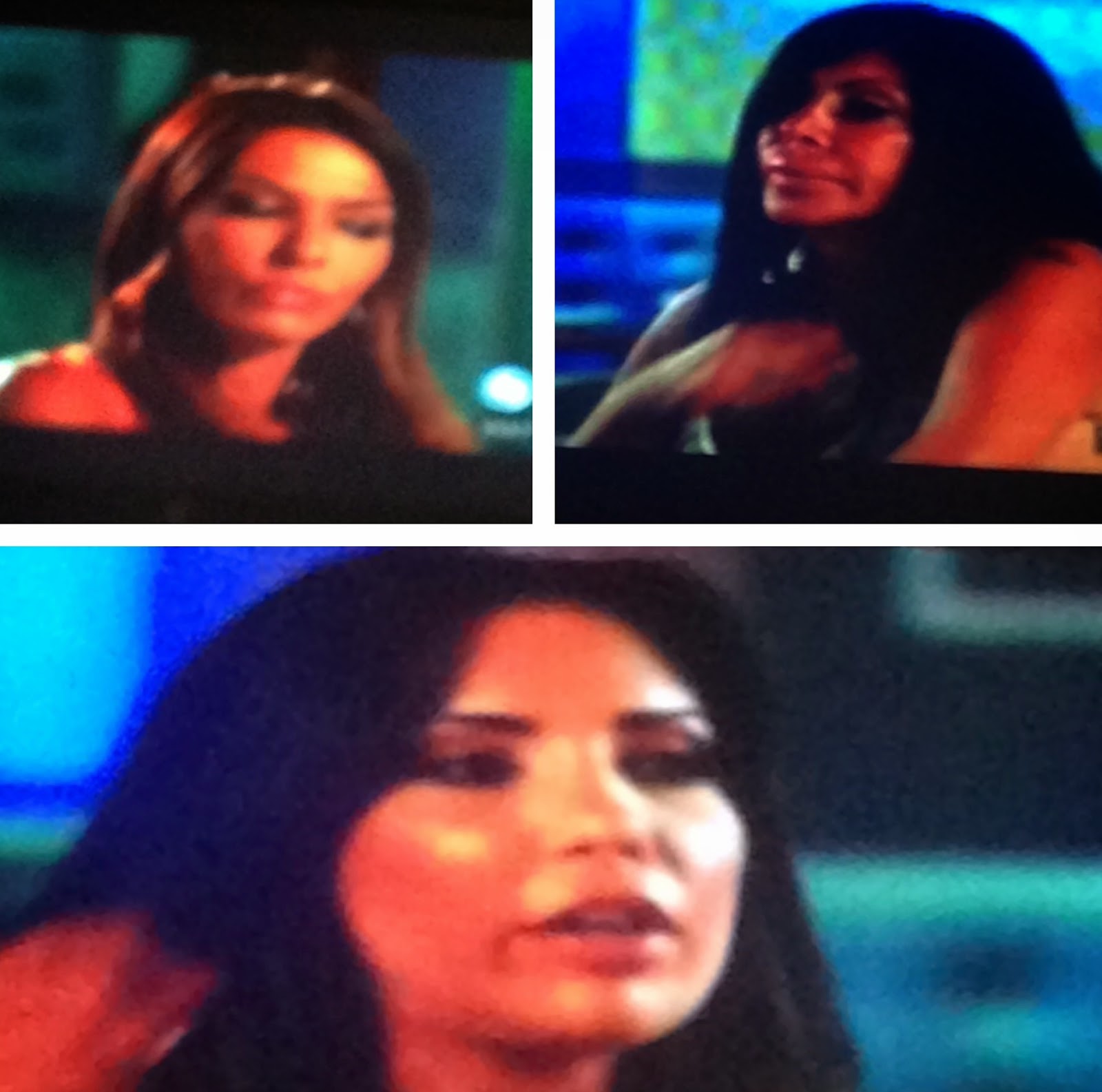 When Drita and Ang meet up with Guercio they let her know that she was in the wrong for starting the fight at Ang's party. Guercio explains to them that London got into a fight with her about what happened at the party. Drita feels that London is a good guy for her. When they talk about Karen, Guercio tells them that she just told Karen what everyone's been wanting to say to her but are too scared to. Drita and Ang both agree that Guercio was in the wrong and that she has a vicious mouth. They both feel like her mouth is going to get her in trouble one day. 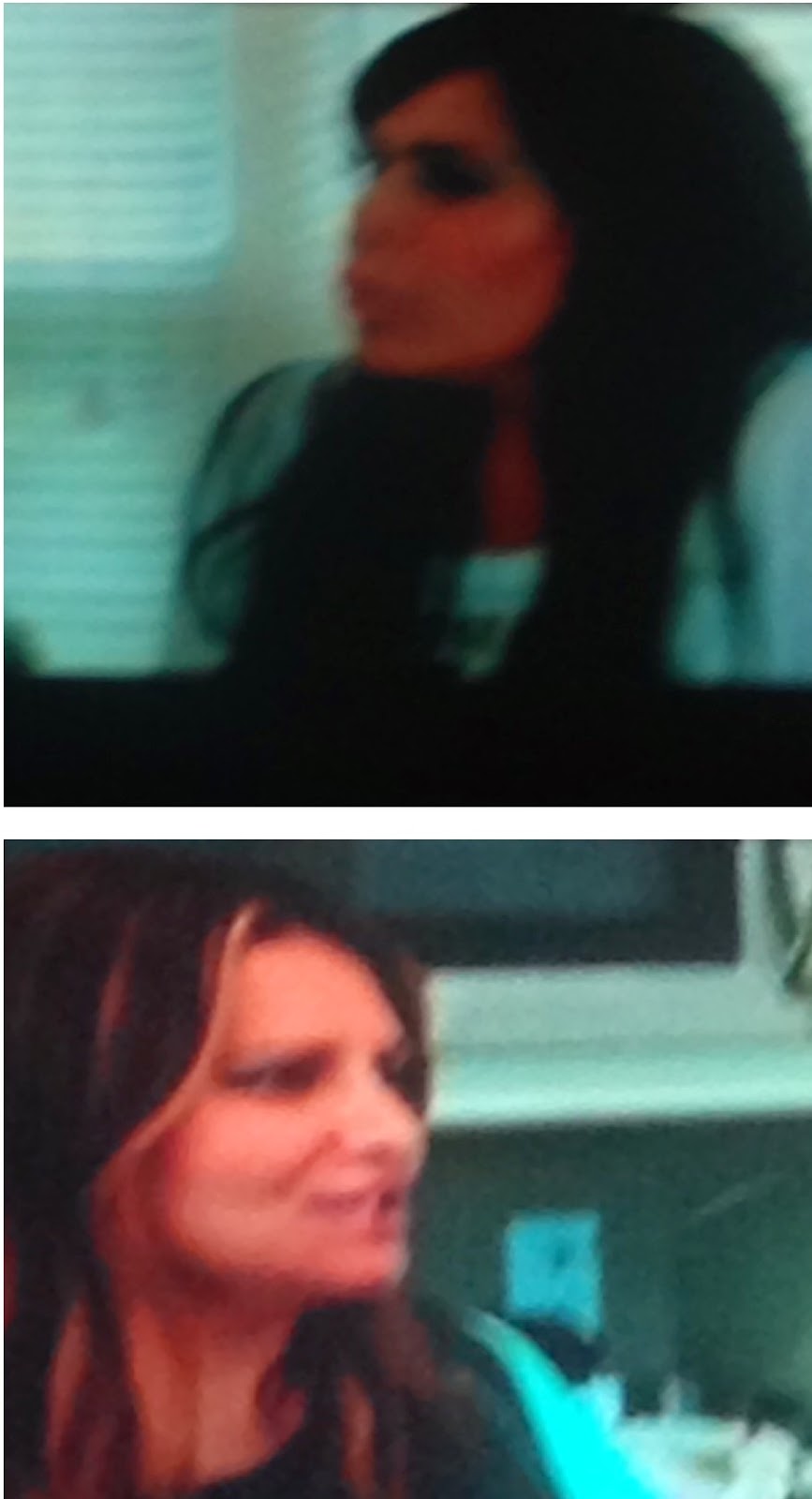 When Renee goes over to see Karen's new place, she explains to Renee why she didn't get a chance to shop for furniture yet. Karen tells her that she had a fight with Storm the day before and that he brought a girl home and she found her in his living room. When Karen asks the girl who she is she runs out of the house. Storm tries to tell her that the girl isn't with him & that she's with his friend. Karen gets upset and doesn't know what she should do about their relationship now. Karen wonders what he was doing all this time while she was in Arizona. Renee tells her she should sit in silence and see what comes to her.

Ang fills Drita in on what happened with her son AJ getting arrested because he violated his parole and missed out on the birth of his daughter who they named after Ang (Angelina). Ang explains how AJ failed his drug test and how they took him to Riker's island. Ang says that this is AJ's second strike and if he messes up again then they will put him away for a few years. Drita thinks maybe this is a wake up call for AJ and this is what he needed to turn his life around for his new born daughter. Ang agrees with Drita. Ang then tells Drita how she got a call from Renee saying that she wants to meet up to talk things out.

Renee has a family dinner out with AJ and his girlfriend Andrea. They've been dating for over a year and Renee loves her. When your boyfriend's mom likes your girl that usually means she's a keeper. Renee asks AJ if they plan on living together anytime soon and AJ says that they're not ready to settle down and get married anytime soon. Renee asks AJ when he would like to get married and he says 25 or 26. AJ jokes around with his Mom and asks the boss if that sounds ok with her. Renee tells AJ that he has to ask for her permission on whoever he decides to marry because if she doesn't like the girl then that's a problem. Renee tells AJ how she got engaged when she was 20 and was married a month and 19 days later. She's glad that AJ's not in a rush to get married. Renee says that she would like to move away from New York because she says that there's nothing but drama there.. 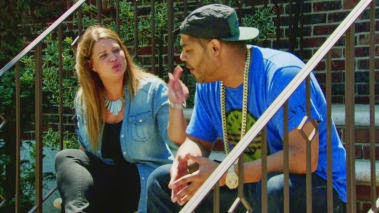 When Storm comes over to Karen's house unannounced, he tries to explain to her that the girl is her main girl and she was just there to use the bathroom. Karen feels like Storm's not even saying sorry to her for what happened and that he's just talking down to her. Karen feels like Storm is flipping it like its her fault instead of the other way around. Storm feels like Karen's causing drama for no reason. When she tries to go back inside Storm follows her. Karen tells Storm that its already hard enough trying to move her daughter out here and dealing with the relationship problems isn't helping. Karen feels like she needs space from Storm. When Karen tells Storm to leave refuses to. Instead, Karen leaves and wants him gone when she gets back. 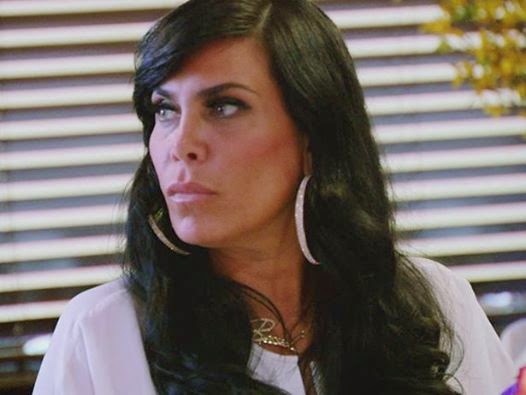 When Renee sits down with Ang she explains that this isn't a sit down and that this is two people sitting down talking because they are family. Renee says that she's never had problems with Ang before Guercio. Ang says that she's heard from four people that Renee was bad mouthing her family and she wants to know why. Out of no where there is a lady in a black suit who comes in, but we don't know who it is because as always in true Mob Wives fashion the show gets cut off to the end. The kicker is we have to wait until January 7th to find out who the lady is and what happens next. Be sure to check back here for the latest on the Mob Wives.
Labels: AJ Graziano, Big Ang, Drita Davanzo, Karen Gravano, Mob Wives, Natalie Guercio, Renee Graziano