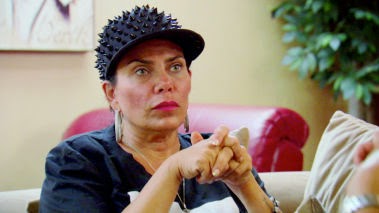 Tonight's episode of Mob Wives "Digging Up Dirt" starts off with Karen going over to Renee's house to show her the hard copy of the local newspaper that has news about her ex-husband Junior adding someone else on the list of people who he ratted on. This time, Junior is ratting on Ang's cousin Ronnie. Renee is over hearing about Junior being a rat. Renee feels that Junior shouldn't cry because he got caught. Instead, she feels that Junior should cry for the families whom he hurt. Renee says that she has empathy under the son for the family members because they're the victims in this situation just like her son AJ is. Renee feels that its not fair that AJ & her have to pay for Junior's sins. Loyalty is not bringing up the person that ruined her life. Renee says that if the girls call Junior a rat (regardless if he is) he's still AJ's dad. Karen agrees with her & says that the last thing Renee needs is people throwing dirt on her name because of what Junior did to her. 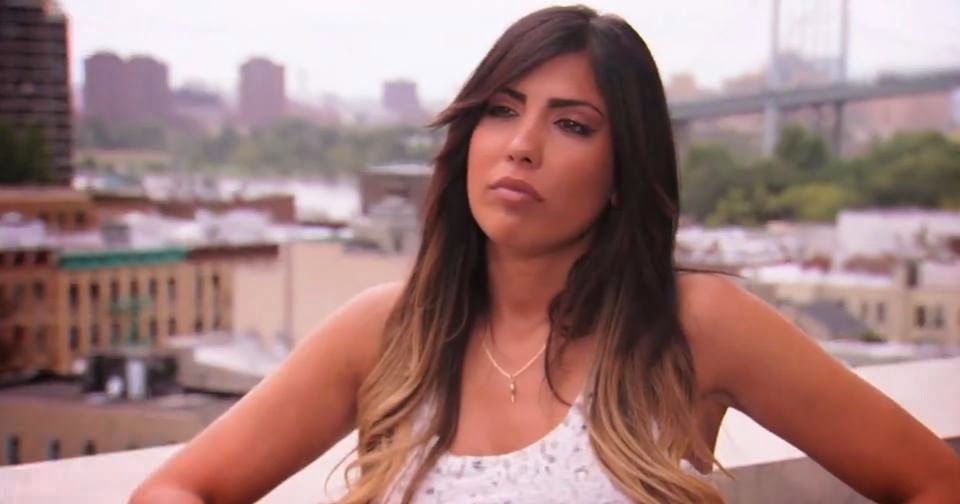 Drita & Ang go to visit Guercio at her new apartment. They want to confront her to see if the rumor is true from what Natalie Didonato told Drita at the photo shoot about Guercio being a cop caller on her boyfriend. They both tell Guercio that they don't associate with rats. Guercio admits to Drita & Ang that she did call the cops on her boyfriend. She explains to them that he was trying to hurt her & she felt the need to protect herself. Guercio then explains to Drita & Ang that the reason why she didn't tell them was because she felt that it was something that was too personal for her to talk about. Drita says that if Guercio is telling the truth about why she called the cops on her boyfriend, then this is the only reason that you should ever call the cops. Guercio says that since Didonato wants to spread rumors about her, she's ready to do some investigation on her own to find out who she is. 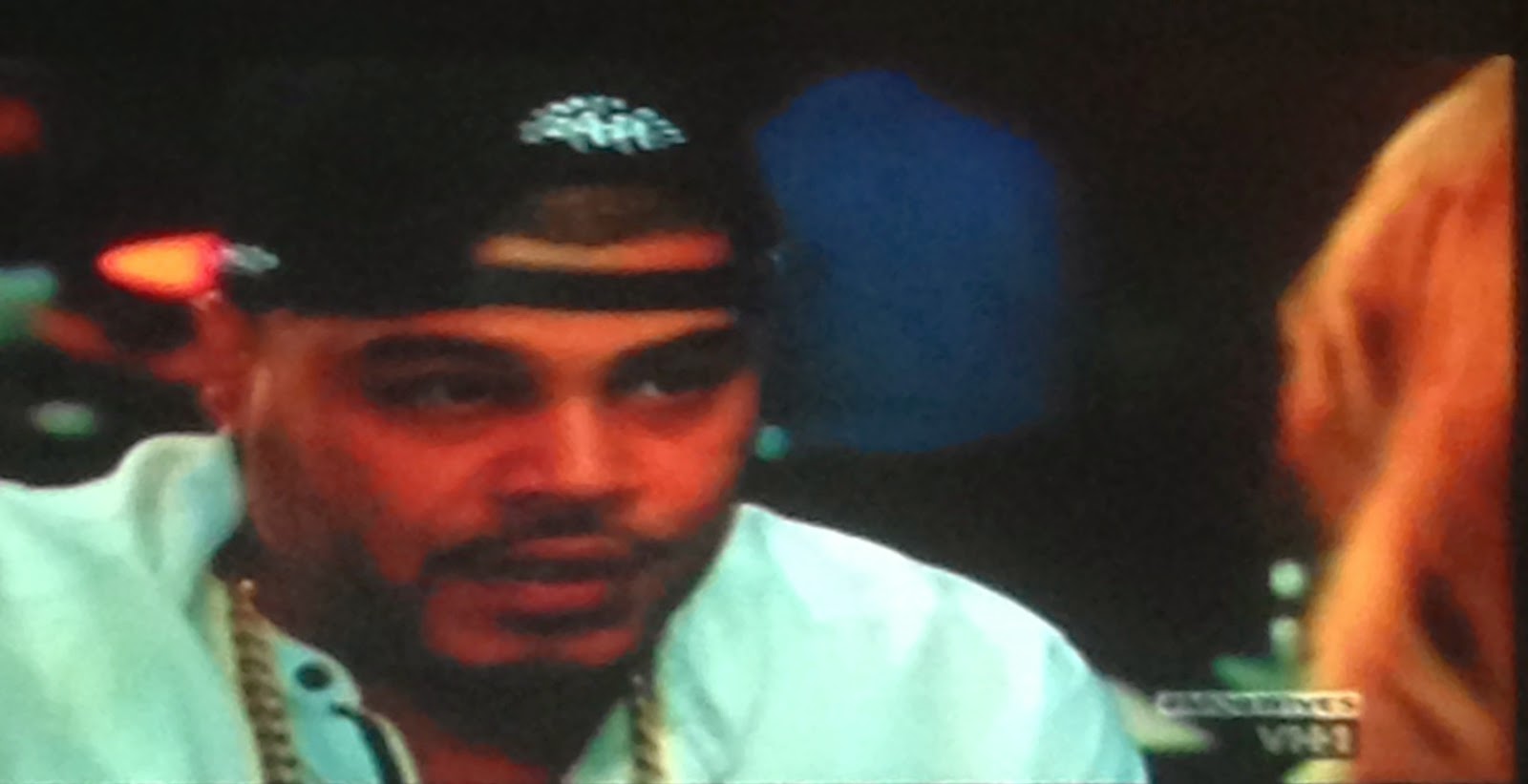 Karen has dinner with Storm. Storm admits to Karen that he's sorry for the way he reacted to her during their fight at her house. Karen tells Storm that she accepts his apology. Karen also tells Storm that she doesn't condone cheating & that she'll never know what really happened.

When Renee goes to the doctors to see what she can take to help her sleep. Renee wants to stay away from taking things that she doesn't want to self medicate to calm her down. Her doctor suggests that she take some IV nutrition therapy. When she gets ready to take the nutrition she gets a text from a friend saying that AJ has been in a bad accident. Renee runs out of the doctors office and goes to find AJ to see if he's okay. AJ's friend calls her as she's driving to find him and they tell her that he's in the park. He's in a lot of pain and can't walk. The ambulance is on their way. When Renee gets to AJ, she sees that he's on a stretcher. 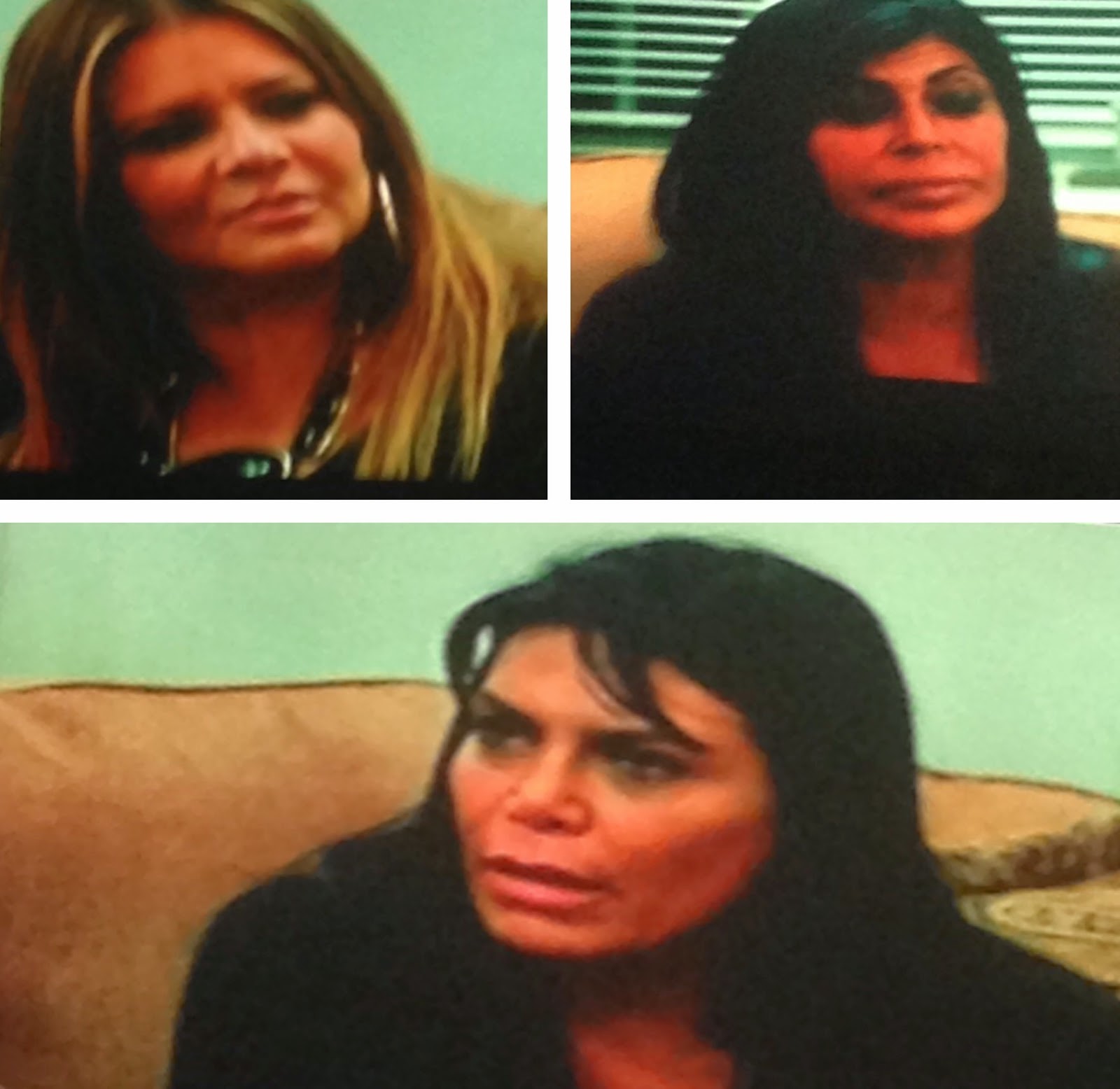 Over at Karen's new house, she invites Ang & Renee over to see how Renee's doing since AJ's surgery. Renee explains that AJ tore his Achilles tendon and had to have surgery. Renee tells Ang that she's stressed out over not being able to sleep, AJ being in the hospital, Junior ratting on Ang's cousin. Renee tells Ang that she's hurt that Ang taking sides with someone (Guercio) who hurt her. Ang gets annoyed with Renee when she brings up Guercio and says that its not her argument and she's not taking sides. Ang tells Renee to just focus on AJ and him getting better and not Guercio. Karen says that Renee's capable of relapsing. Renee warns Ang that Guercio is gonna tell her business. Karen tells Ang that it bothers her that everyone (including Ang) are defending Guercio knowing everything she's done to Renee. Renee tells them that the only reason Guercio told everyone that she was doing drugs was because Guercio was doing it with her. Ang tells Renee that she's not hiding anything so there's nothing to worry about with Guercio.

Guercio has a party at her & London's new apartment in New York. One of her friends shows Guercio "legal documents" that have Didonato's name on it. The papers basically say that Didonato allegedly had her boyfriend locked up three times. Guercio & her friends laugh and they say that Didonato is the one who's the cop caller not Guercio. When Guercio said she was going to do some investigating on Didonato, it looks like she gets other people to do her dirty work for her instead of doing it herself. Sounds kind of fishy to me on why Guercio would do that. Then again a lot of things sound crazy coming from Guercio.

Renee goes to see her therapist to talk about what's been bothering her lately with her friendship with all of the girls & with what Junior's been putting her through. She explains that Junior's put her dad, uncle and her friend's husband away, & now Ang's cousin is next. Renee is afraid that Ang is going to stop talking to her if her cousin gets sentenced to life in jail because of what Junior did to him. Renee says that she doesn't trust anyone. 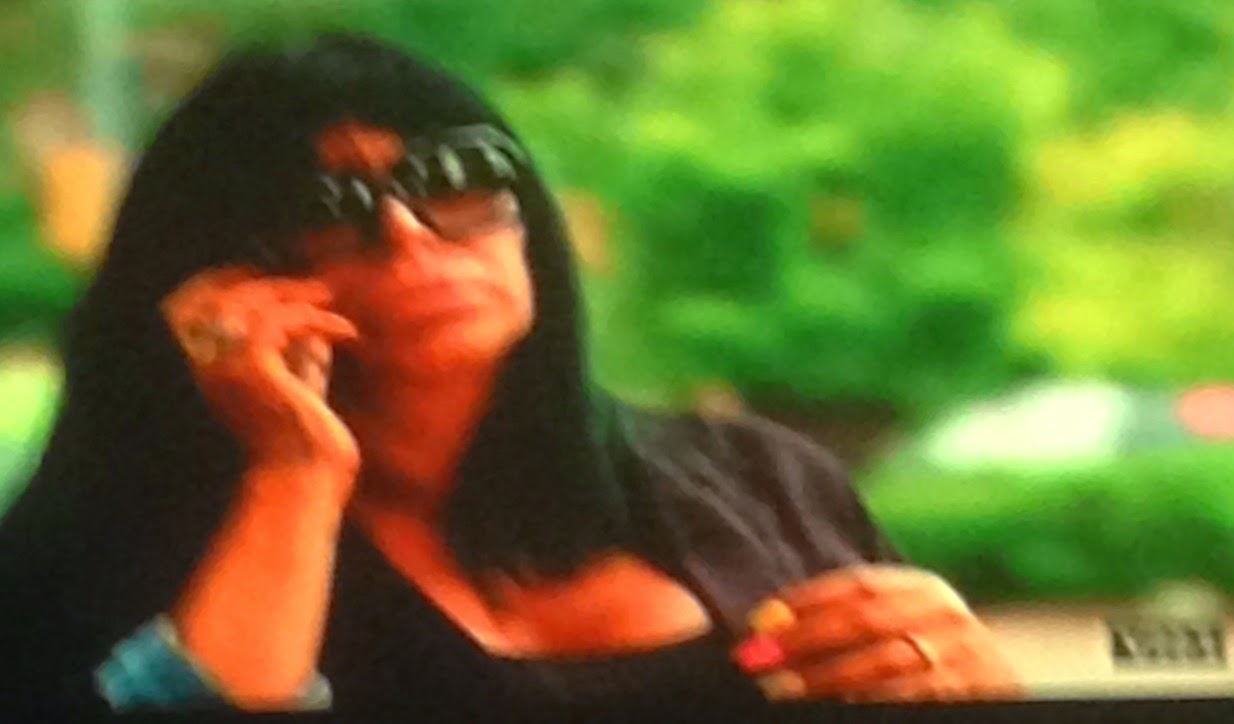 When Ang leaves her cousin's court sentencing, she calls Drita to tell her how much time he got. Ang tells Drita that the judge sentenced her cousin to 38 years. Drita tells Ang that the one person not to feel sorry for is the person who walks. Ang wants to know how Renee will feel once she finds out the news that its because of Junior ratting that her cousin Ronnie will spend the rest of his life in jail (he's 46 yrs old + 38 years in prison). Apparently Ang blames Renee (not Junior) for ratting him out and committing the crime. Something doesn't sit well with me with this situation. It's not Renee's fault nor AJ's fault for what Junior did. If Ang is supposed to be like family to Renee, then she shouldn't be blaming Renee for what Junior did. 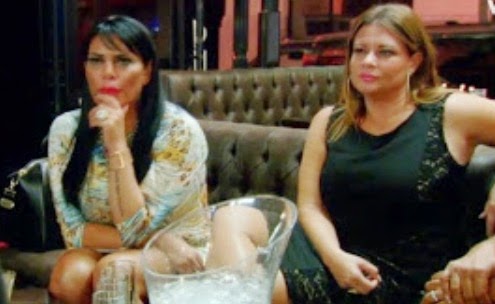 At Drita's magazine party in Philly, Karen, Renee & Ang are introduced to Nat D. Drita tells Didonato that Karen & Renee don't like Guercio. Karen tells Didonato about how Guercio tried to call the cops on her & Storm. Didonato says that's what she's known for. Right away, Renee takes a liking to the new Natalie because she speaks her mind. Renee tells Didonato that her & Guercio used to get high together, but when she decided to get clean Guercio decided to tell people about her drug problem. 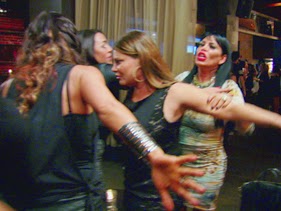 Ang gets annoyed when Renee brings up Guercio. Renee explains that Guercio's DNA was on the same dollar bill hers was on, but she never admitted to getting high with her. Out of nowhere, Ang starts calling Renee a rat. Things get heated between Ang & Renee as they start to fight and it gets cut off until next week. Don't miss all new episodes of Mob Wives next Wednesday at 9 PM on vh1. Be sure to check back here for the latest news about the Mob Wives.
Labels: AJ Graziano, Big Ang, Drita Davanzo, Karen Gravano, Mob Wives, Natalie Didonato, Natalie Guercio, Renee Graziano