Tonight's episode of Mob Wives titled "Staten Island Sea Hags" began with round two with the fight between Karen & Natalie Guercio. Karen says next time she see's Nat G. she's gonna kill her. Drita says that this fight has started a new war. Ang says this is exactly why you never talk about families because look at the outcome. 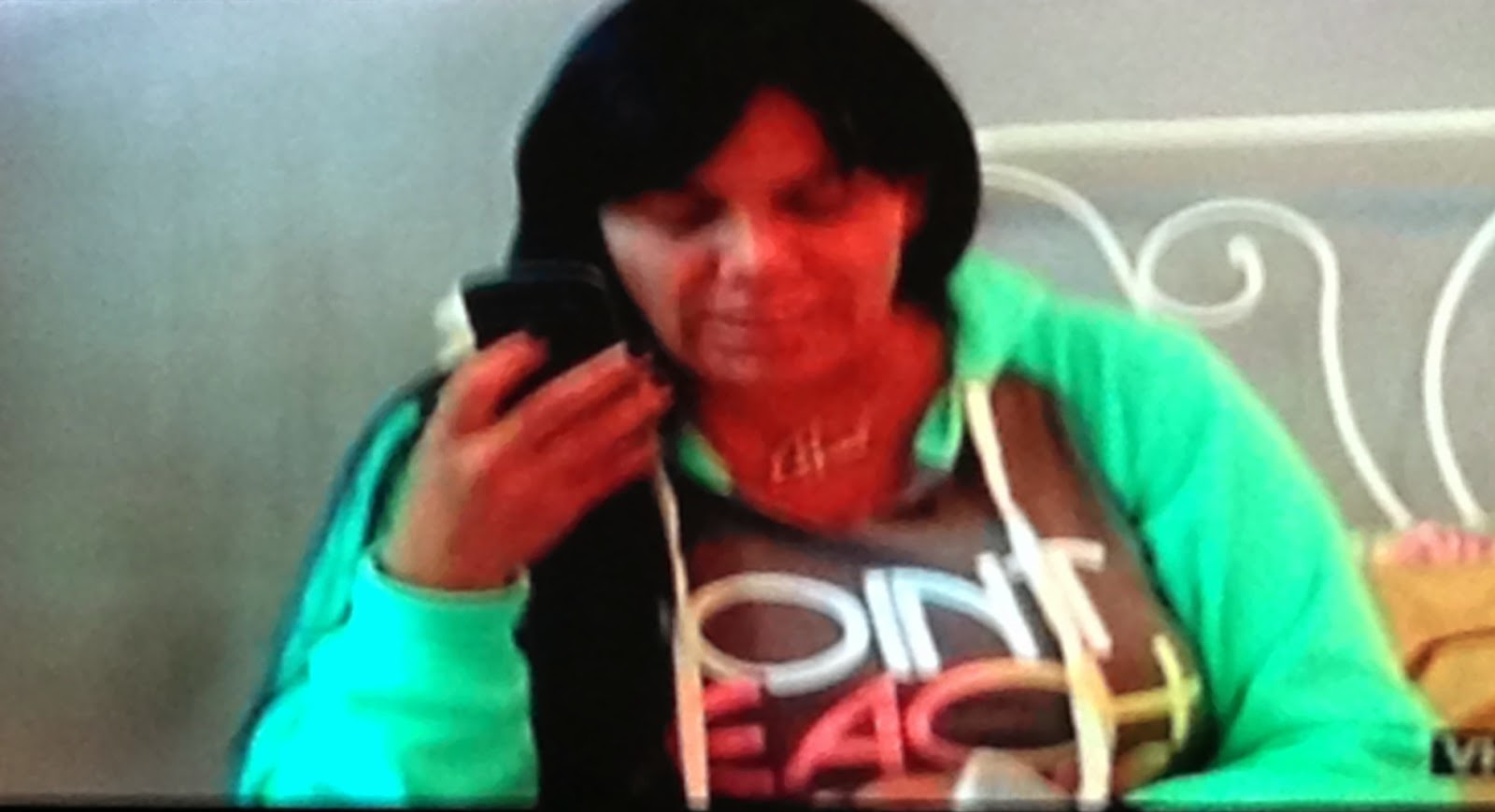 When Renee goes to clean the basement she finds a letter from Junior that's addressed to AJ in his room. The letter basically says that Junior misses AJ and that he has three prior federal convictions, armed robbery, and one murder charge but that all in all he's facing life on parole. Junior is about to get sentenced any day now and there's a good chance he could walk free. Renee just wants him to go away. 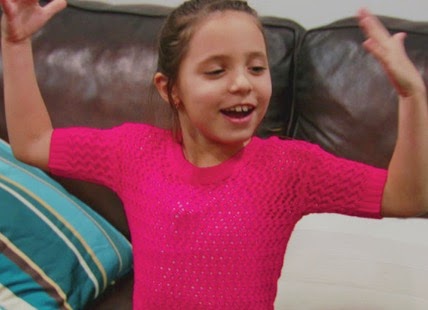 Drita has her daughters help her pick out the pictures from her calendar photo shoot to put in her calendar. Drita says that she's having a party to release the calendar and she's inviting everyone. She's hoping this time there won't be a fight at her party. 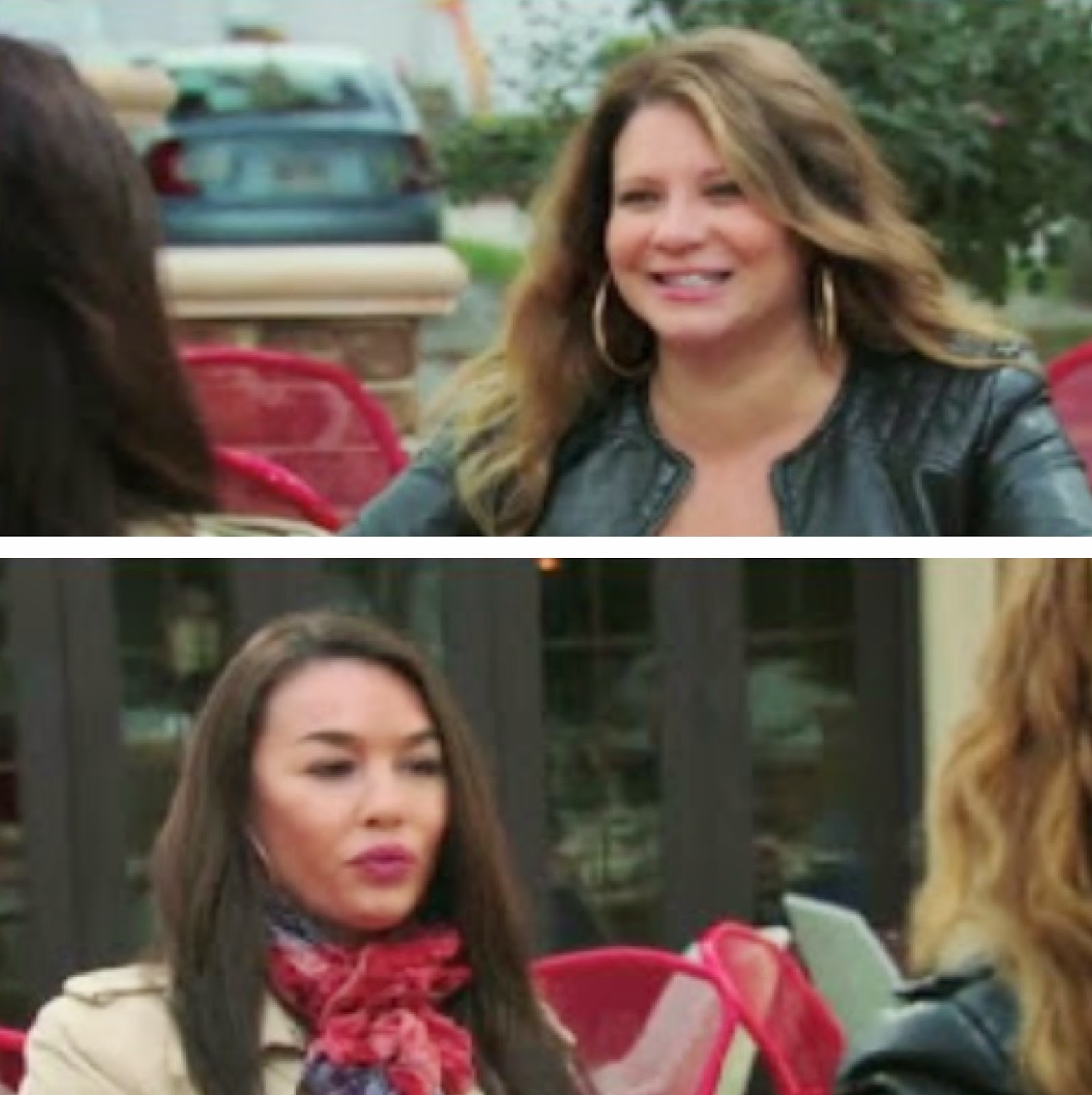 Karen meets up with Nat D. to tell her that she met up with everyone including Natalie G. to talk about their issues. Karen tells her that Nat G. denied that she posted those pictures on twitter. Karen says that neither Drita or Ang mediated the fight. Nat D. says that what Drita & Ang don't know is that Guercio is trashing their names around. Nat D. explains that Guercio called her boyfriend again (this time she was there and he put it on speaker) saying that she doesn't understand why (Nat D.) is hanging out with the girls because they're "washed up Sea Hags".

Karen is out with Storm and she tells him that she's thinking about opening up a medical marijuana business in Arizona. Even though she lives in New York its legal in Arizona so she wants to start it out there. She ran a illegal drug ring when she was younger, but now she wants to do things legally. Luckily she's dating the "east coast Snoop Dog" so Storm knows a lot about medical marijuana. She's hoping when she goes to visit her brother and the rest of her family in Arizona that they will be supportive of her new business adventure. 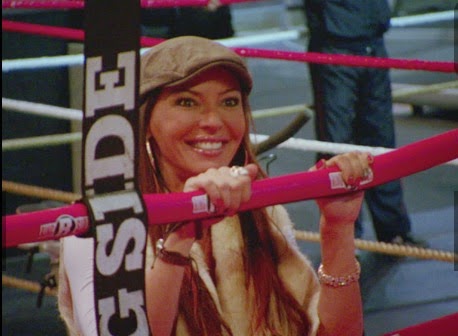 Drita meets up with Nat D. at the boxing ring to find out what exactly she heard Nat G. say about her and Ang. Nat D. tells Drita that she thinks Guercio heard that she was at her magazine party and that's why she called her boyfriend. Nat D. tells Drita that she heard Guercio tell her boyfriend on the speaker that her, Renee and Ang are "Sea Hags". Drita says that she can understand Guercio talking bad about Renee, but for her to be talking about Drita & Ang is totally different when they've been sticking up for her. Nat D. says that Guercio doesn't have a heart. 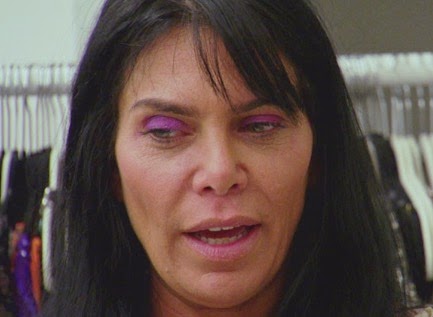 Renee goes shopping for a girls night out with her friend Tiffany. Karen shows up and tells Renee that she just got a phone call from someone from prison and they said that Junior got sentenced to 11 years. Renee says that she needs to talk to AJ to see how he feels about all of this. 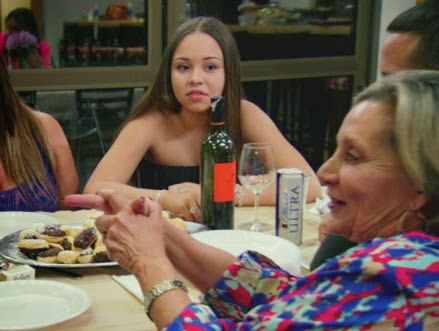 Karen goes back to Arizona to visit her family and to also celebrate her brother's new resturaunt. Karen fills her family in on wanting to start the medical marijuana business. Karen's mom doesn't think its a good idea because of who her last name is. Karen tries to reassure her that its legal in Arizona.

Renee sits down with AJ to find out what he thinks about his dad being sentenced. AJ says that he thought that his dad was gonna get out of it. AJ also says that his dad's been gone half of his life so its like he's not real. Renee apologizes to AJ for what his dad did, but he says he's used to it. Renee says that this lifestyle isn't worth it because all it does is ruins people's lives. 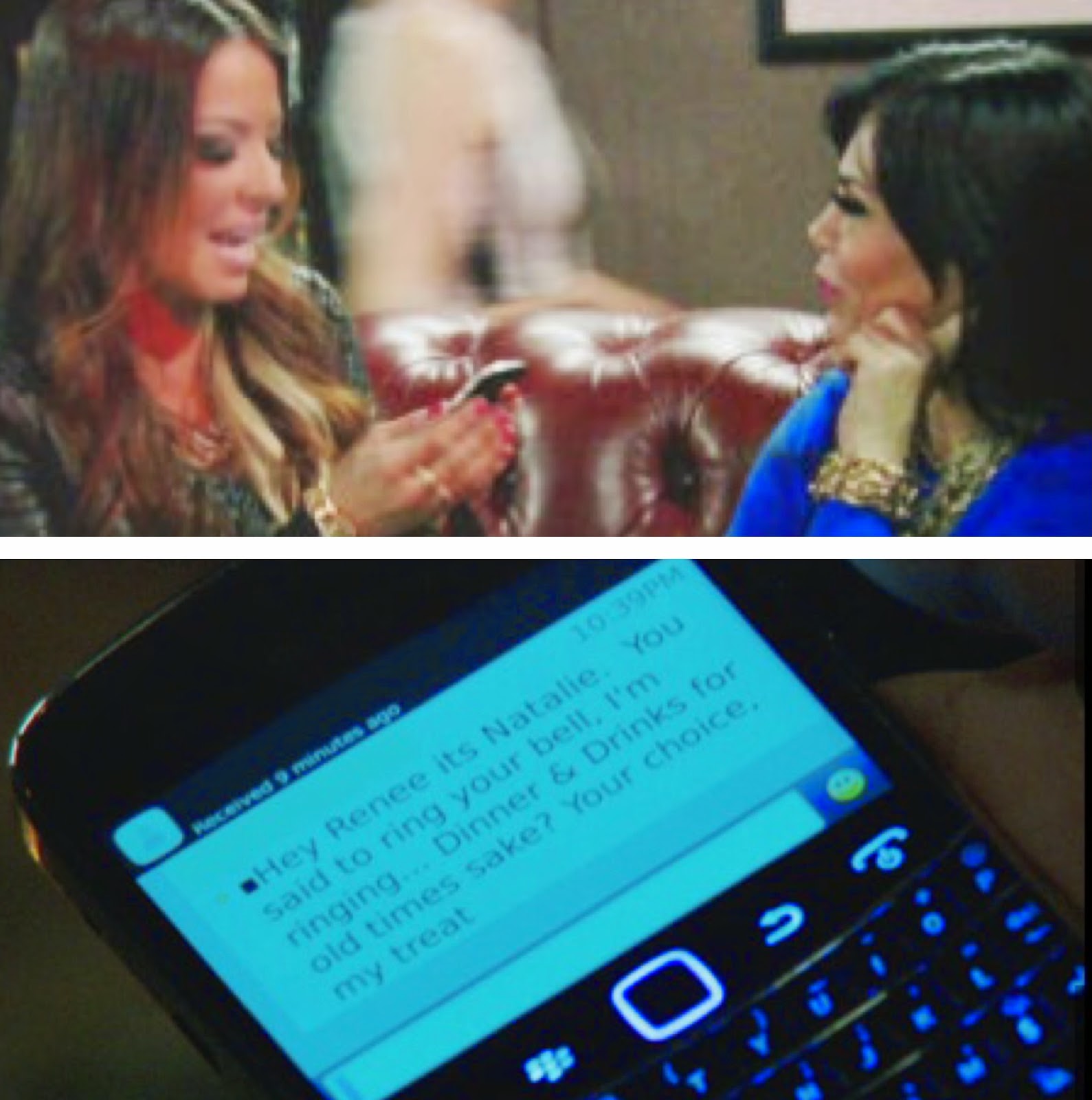 At Drita's calendar party she says that she invited Guercio before she found out that she was talking bad about her and Ang. No one knows if she's gonna show up, but if she does she won't be allowed to sit with Renee. Ang thinks that Renee should just forgive Guercio. Drita says that people should forgive someone who they have history or family with, but since Renee doesn't have that with Guercio she has no reason to forgive her. In fact, Drita feels the same way about Guercio that Renee does so she's doesn't want to stick up for her anymore knowing everyone has the same issue with her. Ang says that she's tired of everyone ganging up on Guercio. Meanwhile, Guercio texts Renee during the party saying " you said to ring your bell I'm ringing...dinner and drinks for old time sake". Renee says that when she said "ring her bell" she meant that all Guercio had to do was apologize to her face. Ang says that Guercio is trying. Nat D. thinks that Guercio is scared that's why she's texting Renee. 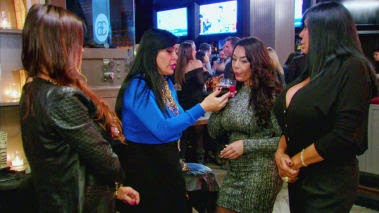 When Nat D. shows up Renee fills her in on the text that she just got from Guercio. Nat D. thinks the text is a joke. Then Nat D. fills Renee & Ang in on what she told Drita about how Guercio called them "Sea Hags". Ang thinks that Guercio did say it, but that she didn't mean her and Drita were "Sea Hags". Drita says that something's definitely not right with Guercio saying that about her and Ang. Ang thinks that Nat D. is just there to stir the pot. Tune in next Wednesday for an all new episode of Mob Wives as things get even more interesting when a surprise guest shows up at Renee's Mob Candy anniversary party. Could the surprise guest be Carla Facciolo? For those of you who have been keeping up with our blog, you might remember back in November or December when we reported about Carla possibly returning this season. Well it looks like (by looking at the previews of next week's episode) we were right and that we can now confirm that indeed Carla will be making her return to Mob Wives on next week's episode. Don't miss an all new episode of Mob Wives next Wednesday at 8 PM only on vh1.
Labels: AJ Graziano, Big Ang, Drita Davanzo, Karen Gravano, Mob Wives, Natalie Didonato, Natalie Guercio, Renee Graziano