Tonight's episode of Mob Wives was the first out of three episodes (that are left) that will air since we heard the news of the sudden passing of Big Ang. There are only ten episodes this season. There is also a two part reunion that will be episodes 11 and 12 that Ang taped with the cast a few weeks before she passed away. We've been told that since Ang's passing last week this episode along with the rest of the season will be dedicated to her. There is also going to be a tribute special about Ang scheduled to air later in March after the reunion.

We really aren't gonna touch too much on what the other scenes were about because it was mainly just dedicated to Ang. The show began with Drita showing Gizzelle her printed copy of her upcoming book that she's writing about. She also told Gizzelle that her birthday is coming up. Gizzelle says she wants another puppy for her birthday but Drita doesn't think Lee will  go for it. In the next scene AJ sits downs with his mom Renee to go over the tickets he got. This was probably the most hilarious scene with these two of the night. Apparently AJ got a ticket for peeing in public. Renee then wants to know why AJ is never home since he moved back in with her. AJ suggests that Renee get a hobby so that she's not bored without him around. 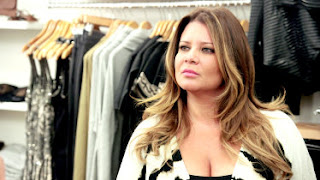 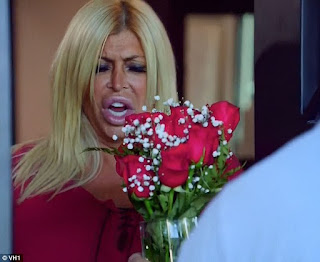 It was very weird as a fan and viewer of the show to watch this episode tonight knowing that Ang is no longer with us. This is like something out of the Sopranos or Goodfellas where the God Mother (Big Ang) passes away out of nowhere. Its just not suppose to happen. Then again, this is reality TV and you definitely can't script this. In this scene Neil wants Ang to let him come home after their fight last week. You might not be able to see it by watching these two argue but deep down these two really do love each other. In the end Neil realizes he messed up and should've been there at her appointment last week. I've always loved their relationship. 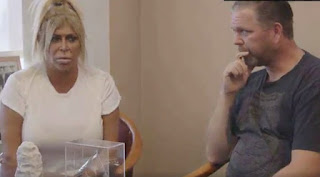 Ang and Neil go to her pre op appointment to find out more about how the doctors are going to remove the cancer in her lung. The doctor tells Ang that she might need chemo after the surgery while she recovers. You could tell Ang was scared in this scene. This whole scene was sad because she kept saying how she was afraid of dying. 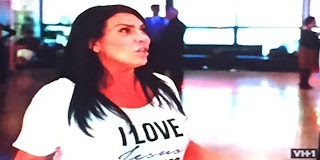 Renee takes AJ's advice and finds a hobby in dancing. Renee says that she loves to dance and used to dance all the time when she was younger. She's actually pretty good at it. Renee could totally do Dancing with the Stars. 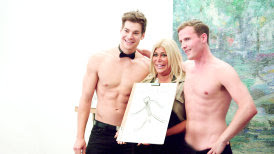 Karen invites Carla, Renee, Marissa and Ang out to draw art. They all agree that they need to do something fun with Ang to get her mind off of everything's she's been going through with cancer. Turns out none of the girls knew that they would be drawing a naked model. This was actually a really funny scene with Ang in it. 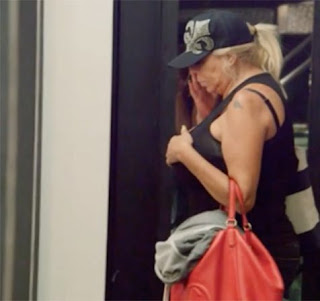 Finally the last scene was just about Ang getting ready to go to the hospital to have her surgery on her lung. This entire scene was so sad (yet very well edited together) to watch Ang talk about how all she kept thinking about were her grand kids and wondering if she's ever gonna see them again, because we all know the outcome of how this ends. Tune in next Wednesday for an all new episode of Mob Wives at 8 PM only on vh1.
Labels: AJ Graziano, Big Ang, Brittany Fogarty, Carla Facciolo, Drita Davanzo, Karen Gravano, Marissa Jade Fiore, Mob Wives, Renee Graziano