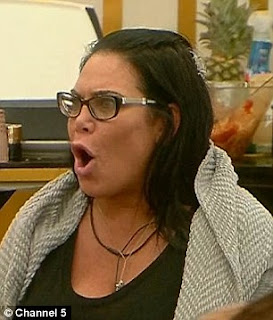 Tonight's episode of Celebrity Big Brother was all about horsing around. Its day 2 in the house and some of the house guests are starting to open up to each other about who they are. Renee opened up to the house guests about season 3 of Mob Wives and about her going to rehab in that season. She also explained how her addiction has affected her son AJ. She explained that AJ told her that he's disappointed when she uses. The house guests try to reassure her that AJ's only telling her how her addiction makes him feel so that she can learn and push her to stay clean, but she says its making her want to use because she doesn't want to feel how shes hurting him. Renee points out that if this aired in the united states AJ would be watching this going "that's my mom". The house guests try to reassure her that AJ would be proud of her though. I really loved this scene though because they were able to understand why Renee reacts to things the way she does. 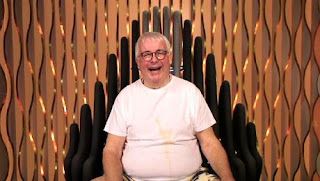 Big Brother tells Biggins that he has to accidentally spill a drink on the person who he thinks to be the second person to be nominated to leave the house. It turns out that the house guests are watching Biggins on the TV so they know what's gonna happen. Biggins spills the drink on Bear. 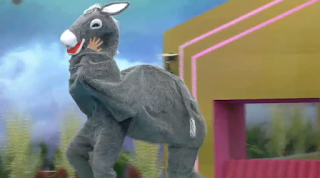 Biggins chooses Lewis and Bear as the least talented in the house. In return Big Brother makes them dress up in a donkey costume and run around in the garden. 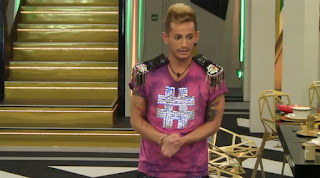 When Frankie is told by Big Brother that because Biggins (who is the secret boss) picked him as the most egotistical person in the house he has to share "10 things I love about me and you should too", he puts on a great rap. He even includes Renee in on it too. 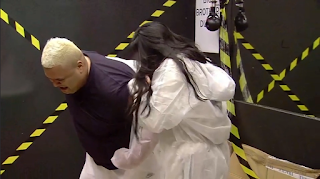 Biggins has chosen Heavy D and Marnie as the most trashiest in the house. Therefore, Big Brother makes them clean trash in the recycling room. 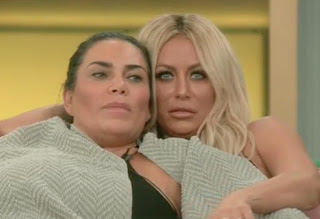 Later on Renee and Aubrey discuss who they think should the first to leave the house. Renee thinks that James should be the first to go. Renee also thinks that James is too into himself which is why Biggins chose him to be the next to be nominated. Renee and Aubrey agree that it should her, Aubrey Frankie, Marnie, and Samantha in the finals. They both love Biggins too. Be sure to check back on here to see how Renee's doing in the Big Brother house.
Labels: Celebrity Big Brother UK, Renee Graziano