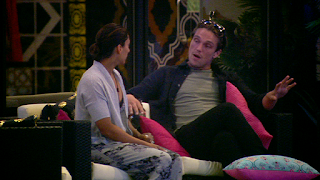 On tonight's episode of Celebrity Big Brother it was all about making up, hooking up, pranks and making nominations. Lewis and Saira try to make amends with each other after their fight the night before. She forgives him for now. 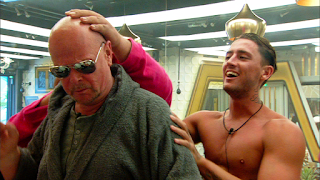 Bear, Heavy D and Lewis play a prank on James with coffee, sugar and cream. In the end James gets the last laugh and pours coffee on them. 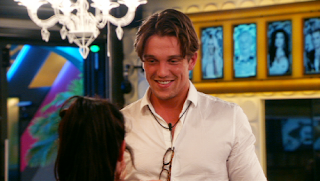 Marnie and Lewis are flirting even though she's been flirting with Grant too. They end up hooking up in the storage room. Grant finds out and is okay with it. He thinks she was too young for him anyways. 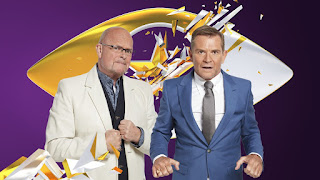 Everyone makes their nominations for who they should leave the house. There was plenty of names in the mix. James, Grant, Frankie, Heavy D, Renee, Marnie. It was announced to the house guests that it came down to James and Grant who had the most nominations. One thing that we didn't know was gonna happen was that when the house guests were discussing afterwards who they nominated and big brother said that they weren't allowed to do that. Therefore they will be punished for discussing it. The good news is that even though Renee only got 2 nominations she didn't get the most so she's safe this week. Unlike America's Big Brother, the house guests aren't the one who will decide who goes home. They only get to nominate them. Instead, the viewers in UK have to call in and vote who they think should be saved from going home. Voting ends Friday night and that is when James or Grant will know if they're safe or not. This could be very interesting because the ones who the house guests don't like and want to go home could the ones who the fans want to stay. 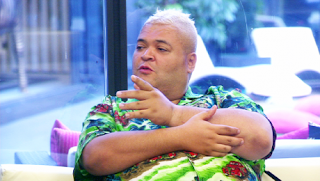 Towards the end of the show Renee and Heavy D got into it a little bit. Heavy nominated Renee because he said he felt like he doesn't know her too well and that she doesn't talk much. Be sure to check back here for how Renee's doing in the house.
Labels: Celebrity Big Brother UK, Renee Graziano