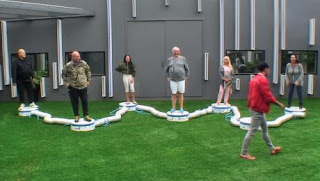 On tonight's episode of Celebrity Big Brother the house guest's had a shopping of going back into the future of 2026. During the shopping task the house guests were split into two groups. Artificials and the humans. Bear Biggins, Heavy D James, Marnie, Katie Samantha and Renee were all on the humans groups. As part of the humans groups they were each assigned one of the artificial to be at their beck and call whenever they needed anything. Renee's artificial was Saira. Whatever Renee needed Saira had to help her. 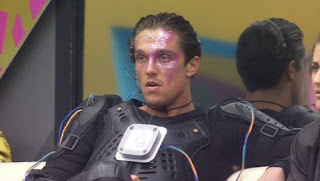 Lewis and Heavy D get into it about who put toothpaste in Heavy D's bed as a prank. Aubrey tells Heavy D that Marnie was the one did the prank when it was really Chloe who did it. 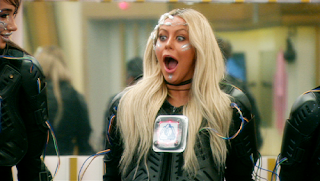 Aubrey gets a warning from big brother for spitting in Bear's drink and food. They told her if she did it again that she would be asked to leave the house. Aubrey apologizes to big brother and to Bear. 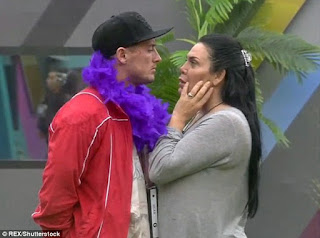 Bear asks Renee if she knew what Aubrey did and at first she says no but then says yes after Bear tells her that Aubrey got in trouble and admitted to it. Renee tries to find out from Aubrey if she told Bear what she did and she said yes. Now Renee feels bad for lying to Bear that she didn't know about it when she did. Renee prepares Aubrey and lets her know that she and her are now on the chopping block with Bear and he could nominate them for what she did to him. Aubrey tries to tell Renee that it's not her fault what she did to Bear and that she shouldn't be worried that he might nominate her. All I know is I hope that Renee or Aubrey get secret boss next week so that they don't have to worry about being nominated for going home. Be sure to check back here for how Renee's doing in the house.
Labels: Celebrity Big Brother UK, Renee Graziano