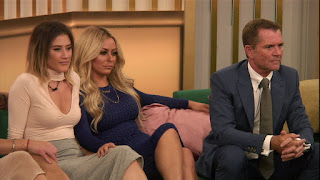 Tonight's Celebrity Big Brother was the eviction episode where we would find out if James or Grant was leaving the house. The viewers voted to save James. I was surprised by this because I think that maybe the viewers thought they were voting who to send home not who to save. 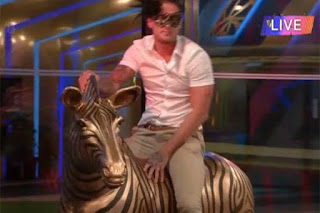 Later Big Brother gave the house guests a twist of the nominations. They each had to write down who they wanted to see go home next. Big Brother is calling this the "eternal nomination". The person who got the most votes would be going up for eviction every single week until they get voted to go home for good. Bear was the chosen one in this nomination. Between Bear and Heavy D, Bear had more votes than Heavy to be nominated. Be sure to check back here for the rest of Renee's journey in the house. She made it through the first week so lets hope she can go all the way to the end.
Labels: Celebrity Big Brother UK, Renee Graziano