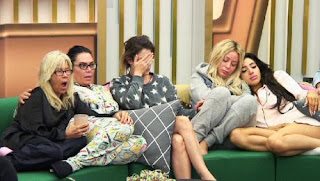 Tonight's Celebrity Big Brother was day 9. We already saw part of day 9 yesterday during the live eviction when Grant went home, but there were still a few things we didn't get to see that happened during the day. One of the things that we missed was that James and Bear both got punished for talking about who they were going to nominate next time. They had to be in a cage that looked more like a jail cell. Bear didn't stay in the cell long before he escaped and got caught. 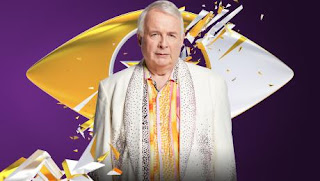 We also found out why Biggins was asked to leave the house. Apparently he had made too many inappropriate comments about bisexuals throughout the week and thats what got him kicked out of the house. When Big Brother told the house guests that he was gone they were shocked. They had no idea what he did. 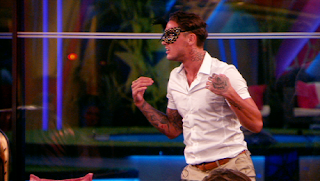 We already knew from the live eviction episode that Bear got eternally nominated to go up every week against someone else for eviction. Bear doesn't seem to care that much though. 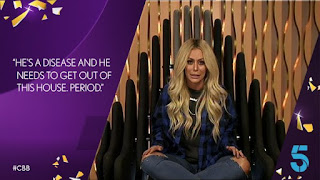 Aubrey is glad Bear is eternally nominated because she doesn't think he cares about anyone but himself. She as well as everyone else who nominated him in the house wants him gone asap. Be sure to check back here to see how Renee's doing in the house.
Labels: Celebrity Big Brother UK, Renee Graziano