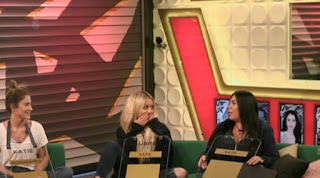 Everyone said she wouldn't last a week or two in the house, but here our favorite mob wife Renee Graziano is on Day 25 where she just found out that she's in the Celebrity Big Brother Finals. Renee's been through many highs and lows, fights and makeups in the house (all mainly with Bear) and through it all she's managed to stand her ground and show the house guests who the real boss is in the house. Renee got zero nominations this week as it was the last nominations and the final week for everyone in the house. Also in the finals is Aubrey ODay as she also got zero nominations. 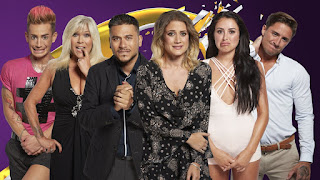 This means that out of eight people left in the house and with two (Aubrey and Renee) being safe this week, there were six people on the chopping block with two more going home tomorrow as it is yet again another double eviction.The good news is that our girl Renee will be in the final six on Friday. We couldn't be more prouder of her.
Labels: Celebrity Big Brother UK, Renee Graziano