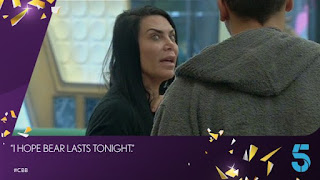 After 27 days of being in the big brother house Renee as well as others in the house are starting to want Bear to stay in the house until the end. However that thought process was short lived. 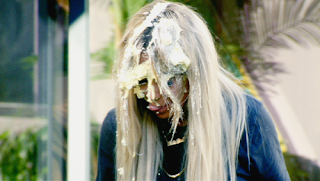 During their task the ones who didn't get the questions right and broke the rules were punished by getting pied in the face by the other house guests who did get the questions right and win prizes. However, even though Aubrey was supposed to throw the pie into Bear's face, he decided to throw it into hers which wasn't nice at all. Don't worry though because Aubrey got him back when she left pie in his bed and all over his sheets. 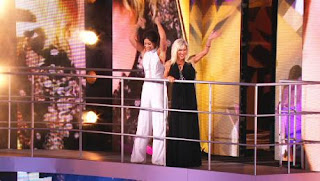 We already saw from yesterday's live eviction episode that Sam and Katie were sent home leaving only six people in the final. 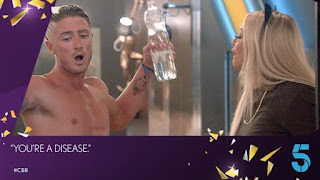 At the end of the episode Aubrey went off on Bear basically saying everything that we the viewers have been thinking about him the whole season. She just managed to do it in a five minute scene which was amazing. 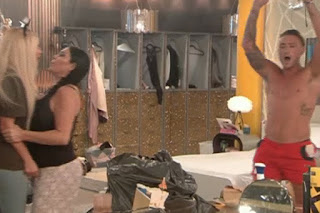 It got so bad that even our girl Renee had to jump in to hold Aubrey back. Never thought we'd be seeing her break up a fight, but we're glad she did because fight got ugly. There's only three days left in the house. We're hoping our girl Renee wins.
Labels: Celebrity Big Brother UK, Renee Graziano