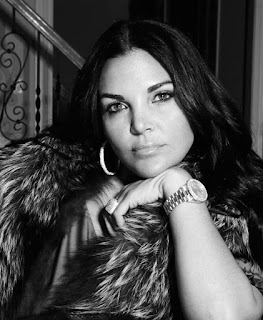 Its been a few weeks since Mob Wive's creator Jenn Graziano (who is also Renee's sister) announced that she is rebooting the show. Since then everyone has had mixed reactions including fans. Some want some of the OGs to come back while others think it won't be the same without the late Big Ang. As of right now all of the OGs have confirmed that they're returning except for Drita Davanzo who has said no.

Today Jenn took to her facebook to give fans an update on how the casting is going so far.

The #MobWives Reboot is gonna be on 🔥🔥🔥🔥!! Casting is coming along great!! Lots of overwhelming interest and great personalities to add to the bunch!! Stay tuned for 2018 #MobWives returns... #JustJenn #MobWives @JustJennProd
— jennifer graziano (@jenngraziano) December 27, 2017


Jenn also took to her twitter to tell us that the Mob Wives reboot will air sometime in 2018 and fans couldnt be more excited for this.


As we previously told you, OG Renee Graziano is currently in Rehab in Miami as she is still receiving treatment from a type of body surgery that she had in Oct that didn't go so well. However, just because Renee's in Miami doesn't mean she didn't weigh in on social media with her thoughts about her OGs cast. On December 17th Renee took to twitter to let Karen and Carla know that she misses them and wants them to visit her in Miami. Currently, there is no word yet as to how long she will be in rehab but we're told she's doing great. We'll keep you updated on how this reboot goes.
Labels: Big Ang, Carla Facciolo, Drita Davanzo, Karen Gravano, Mob Wives, Renee Graziano