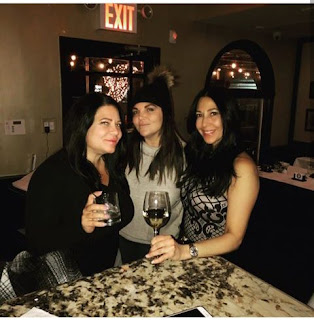 We previously told you that Mob Wives OG Karen Gravano was scheduled to come back to New York to have a sit down with Carla Facciolo about a possible reboot of the show. Well now, we're told that sit down did happen and only we have the photos to prove it. 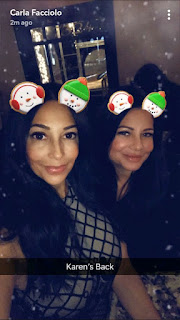 We're told the two girls met up with Mob Wives producer Jenn Graziano at Deluca's resturaunt in the city to have their meeting. In fact, Carla took to snapchat to let everyone know that Karen was indeed back in town. No word yet on how the meeting went but we're hoping it went good enough for the reboot to happen. We'll keep you posted with this as it develops.
Labels: Carla Facciolo, Karen Gravano, Mob Wives